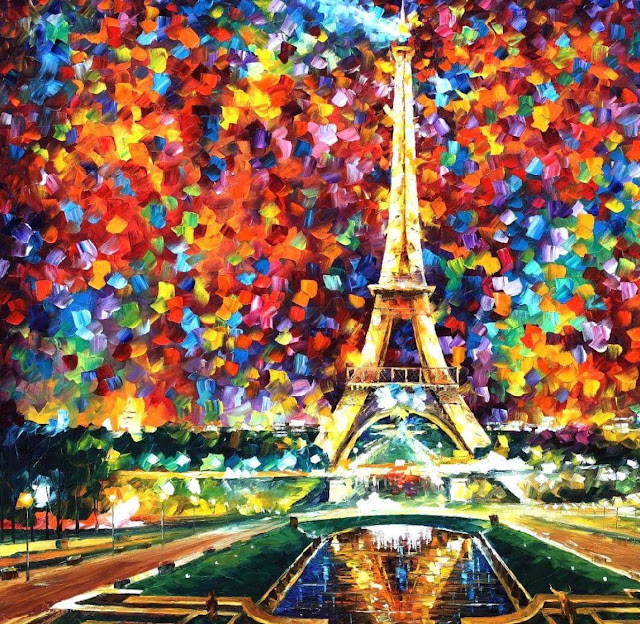 This beautiful, brightly colored, eye-catching paintings are the work of Leonid Afremov. He's created his own personal style of painting that reflects the simple, delicate beauty of nature around us, and those tender moments, like a walk in the park with a loved one. 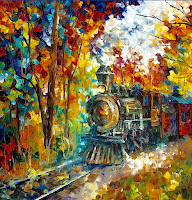 Leonid Afremov was born in Vitebsk, Belarus on July 12, 1955. At that time Belarus was part of the USSR, but Leo's family was Jewish. Leo's mother worked in a local metal factory. His father was a shoe designer and shoemaker. 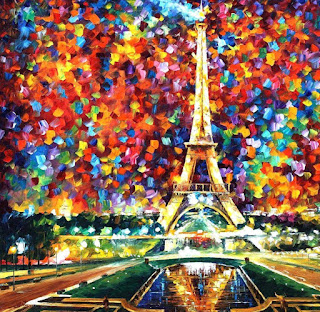 Leo showed a talent for painting at an early age and his parents sent him to every possible art class offered.
After graduation, Afemov worked as a label designer for a local beer and liquor factory. Later he worked as a set designer in a local theater. 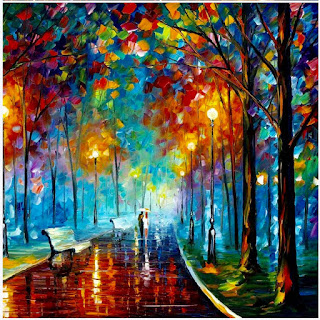 In 1975 Leo met Inessa Kagan. They were married a year later. In 1977 their first son Dimitry was born. In 1980 their second son Boris was born. Although very talented and well-liked, he was refused admittance to local and government act groups because of his Jewish heritage. He sold his paintings to friends and family, sometimes giving them away. There are no pictures of his early work before 1990. 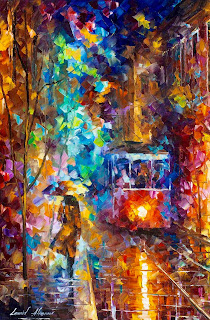 In 1986 the Chernobyl disaster occurred in Ivankiv, Raion, in northern Ukraine, near the border of Belarus.  The ecological situation went from bad to worse and the local food crops and water supply were contaminated with radioactive fallout. His youngest son became ill with radio action sickness.  As soon as Mikhail Gorbachev allowed Jewish citizens to migrate to Israel, Leonid packed up his family and moved. 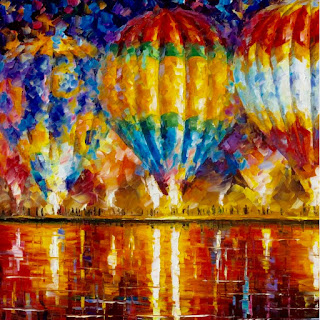 The family settled in Israel, but because of his Russian background, his work met with disfavor. To take care of his family, he was forced to take a job making frames in the back of a gallery shop. It was here he discovered the palette knife, which would change the way he painted.

One day, his son Dimitry took some of his father's work and sold them door to door in the neighborhood. It was quite successful. He began selling more and more, and soon saved up enough money to open a small gallery and frame shop in Ashdod in 1999. He was then commissioned to paint a collection of portraits of local jazz musicians. 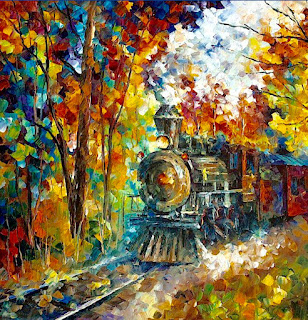 In 2001, the Afremov Gallery was completely vandalized. Many paintings were destroyed, artistic equipment was stolen, and the gallery was reduced to rubble. This prompted Leo to think about a move to the USA in 2002.  His work met with great successon eBay. But the cold New York climate made it difficult for Leo to move and get around. In March 2010, Leo decided to take an early retirement and moved to Playa del Carmen, Mexico, where the warm weather and sunshine made it possible for him to continue painting again. 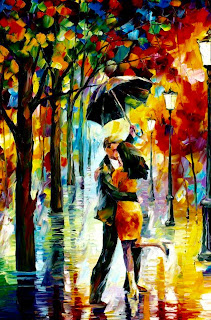 Leonid Afremov's work is soothing. It has a peaceful, calming effect. His pieces are reasonably priced. Looking for a piece of artwork to hang in that special place? Check out Leonid Afremov's paintings.


eBay
Adwww.greatbigcanvas.com/‎
Adwww.amazon.com/HomeDecor‎
I claim nothing here as my own, except a genuine admiration of Afremov's work.
CAK
By Carol Ann Kauffman's Vision and Verse at Tuesday, December 12, 2017