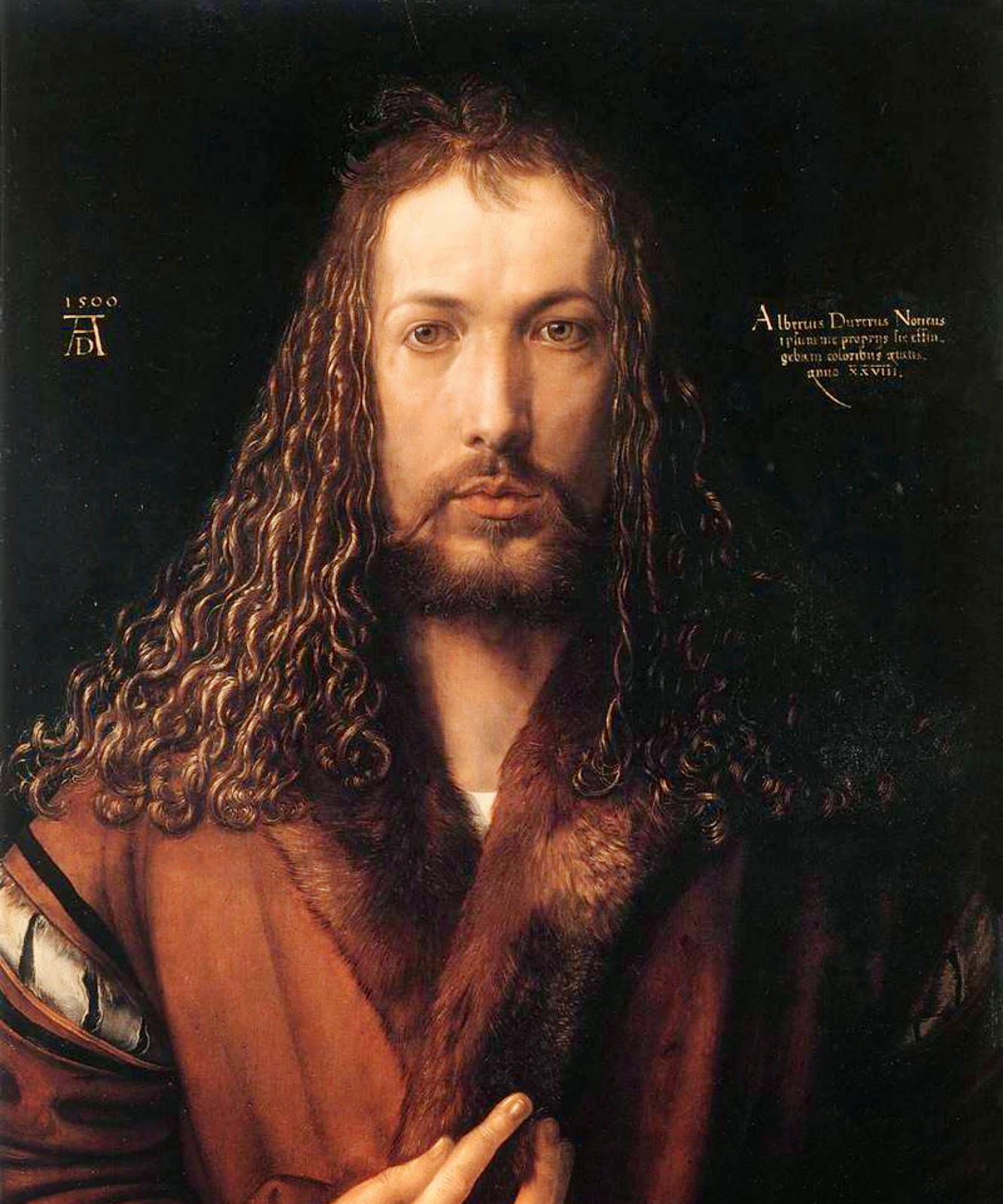 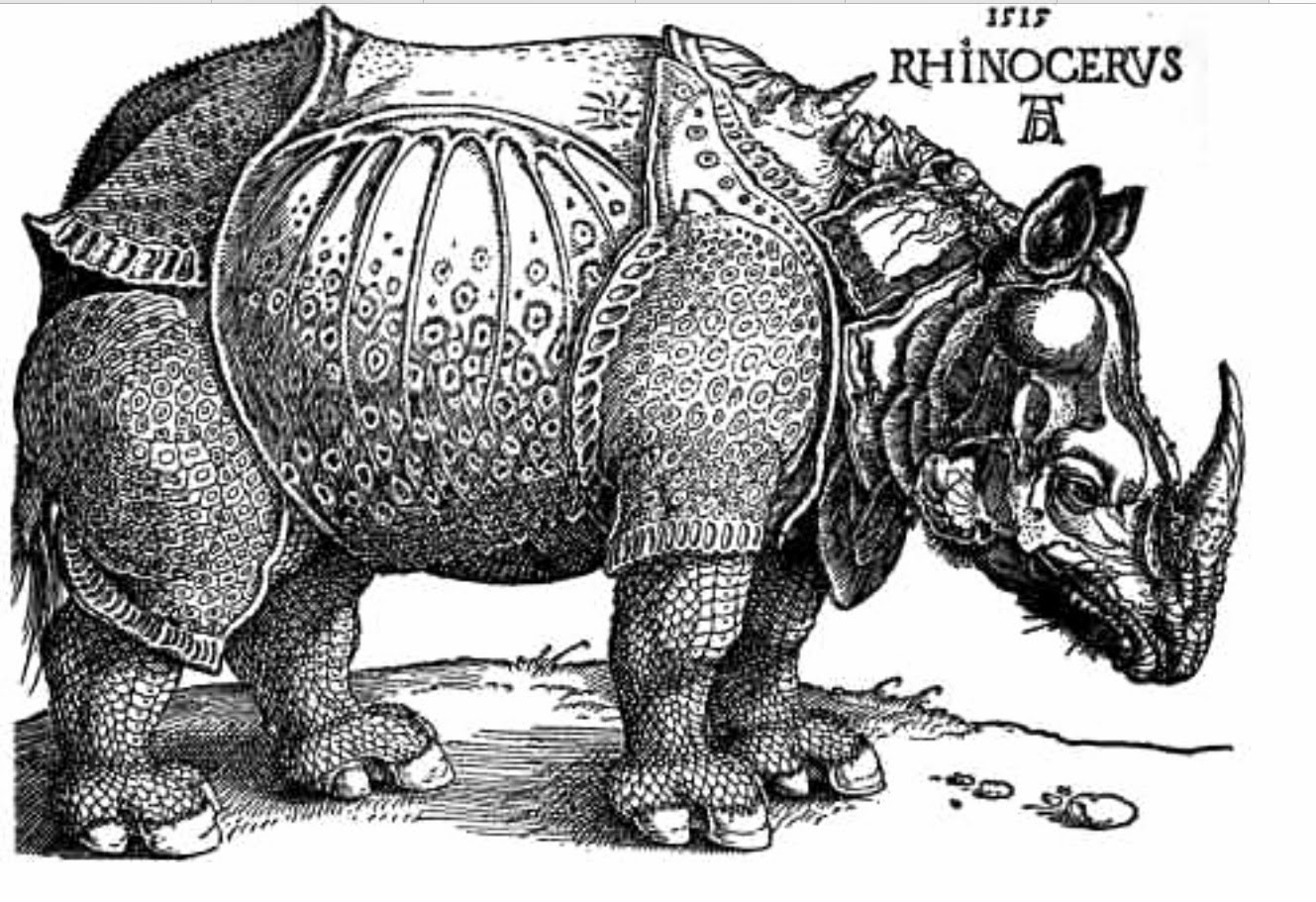 Albrecht Durer was a German painter, engraver, printmaker, and mathematician.  He is viewed by some as the greatest artist of the Northern Renaissance.  He is responsible for many religious artworks, altar pieces, and portraits, but he also famous for his watercolors of the European country landscapes.
He is most famous for his woodcuts and copper engravings and is well-known to art students for his exquisite line drawings. 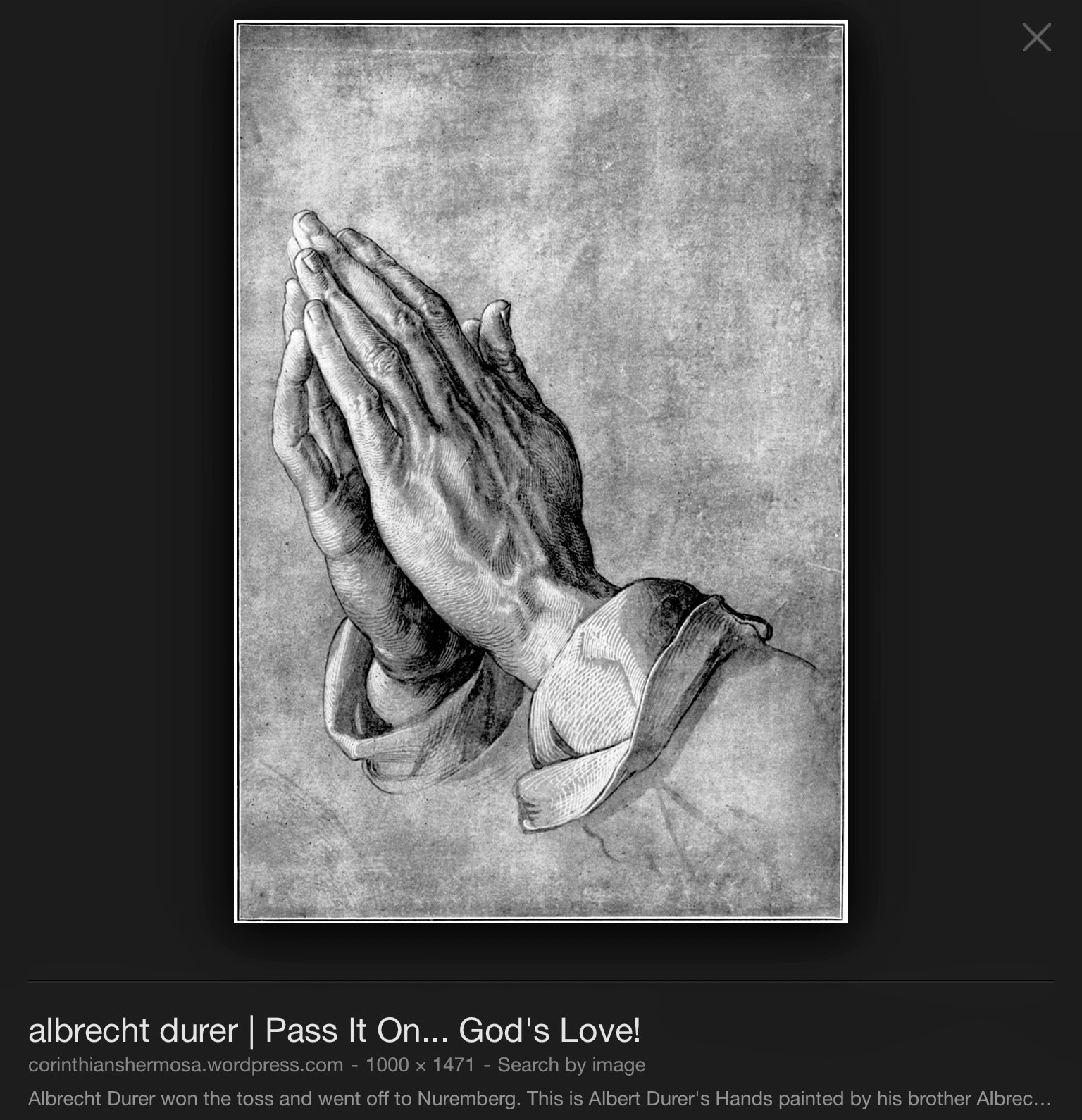 Albrecht was the third child of eighteen children.  Albrecht's father, Albrecht, the Elder, was a goldsmith who moved to Nuremberg from Hungary.  Albrecht, the Elder, was apprenticed to a printer named Masrer Hopler and married his daughter in 1467 when he became a master himself.
Young Albrecht's godfather, Anton Koberger was the most successful publisher in Germany and owned over twenty-four printing presses. Albrecht worked with his godfather for a time doing woodcut illustrations. Although his father wanted young Albrecht to follow in his father's footsteps and be a goldsmith, the young Albrecht showed such talent in art that his father ultimately agreed on his desire to work in the arts.  While he was working on an apprenticeship in the Netherlands, his family betrothed him to Agnes Frey, the daughter of a wealthy brass master and harpist. 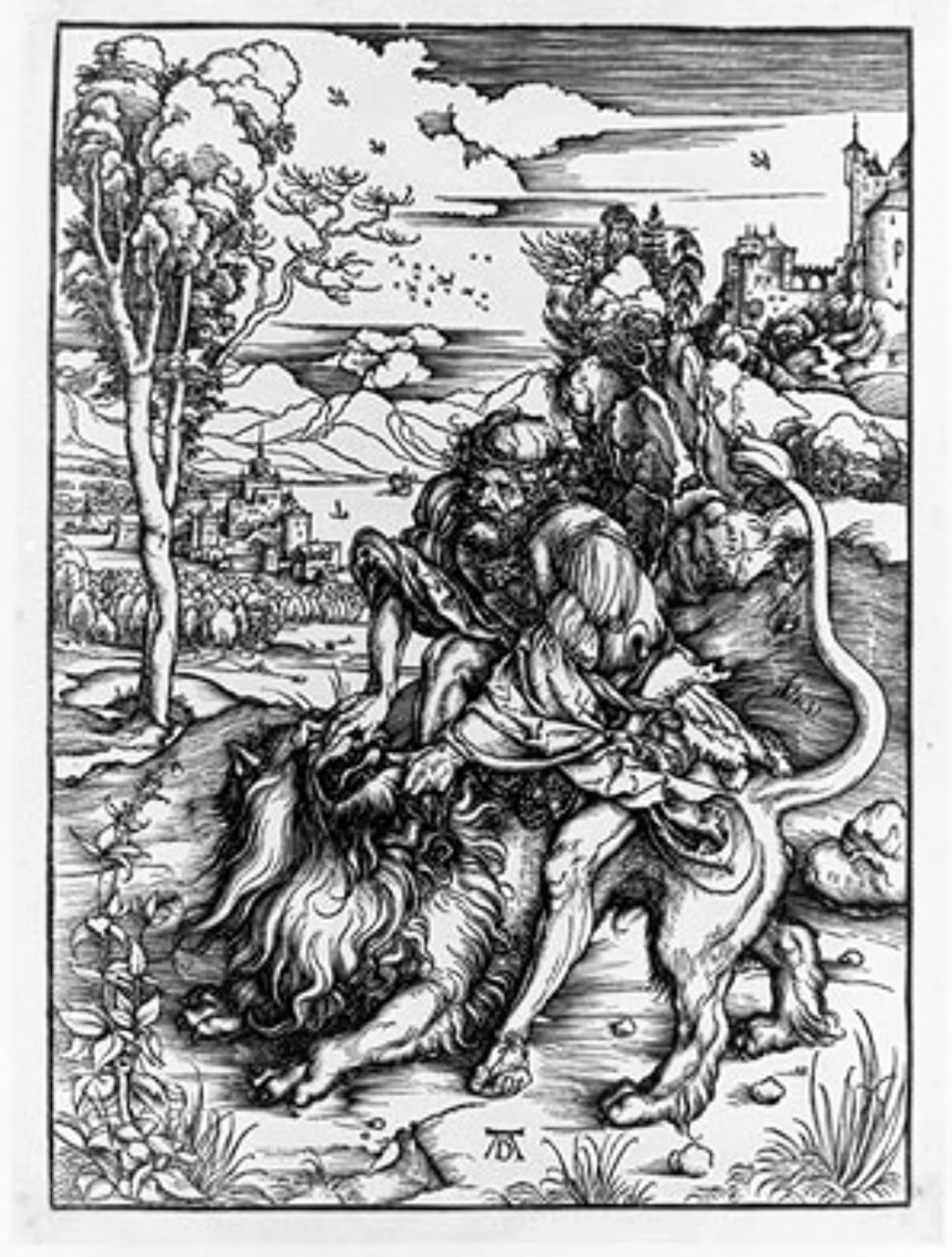 Albrecht married Agnes on July 7, 1494, but he wasn't too happy about the union.  Three months after the wedding, Durer took off for Italy alone, telling Agnes he was afraid to stay in Nuremberg because of the oncoming plague. There were no children born to this couple.  He toured the Italian countryside doing watercolors of the beautiful landscape.  While in Venice, he met Jacopo de Barbari, who taught him much about perspective, anatomy, and proportions.
Durer returned to Nuremberg in 1495 and opened his own studio. and in 1500 de Barbari came and stayed with Albrecht and Agnes for about a year so the men could continue their work together. 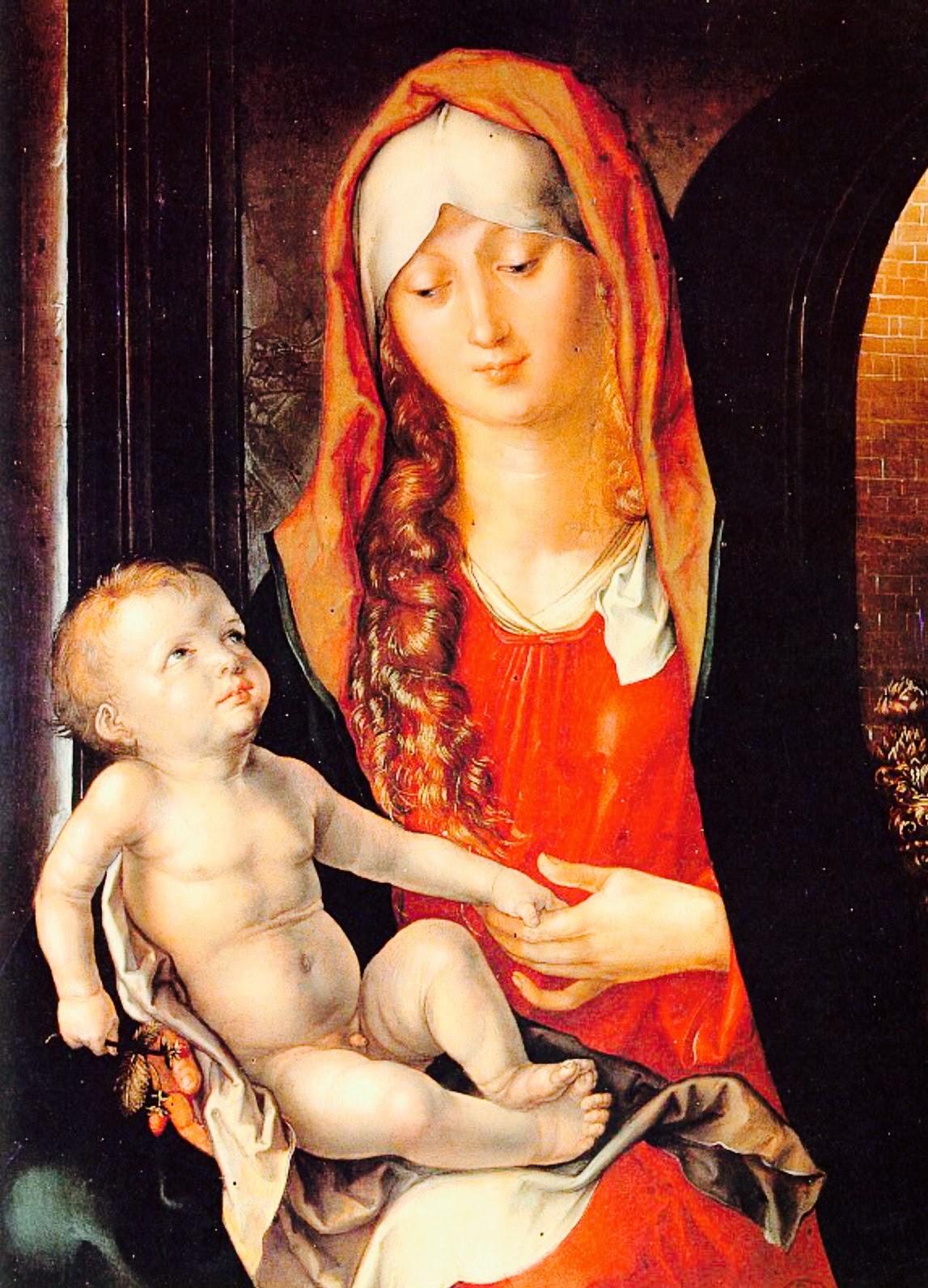 In 1505, Durer  left for Italy once more.  The studio stayed
open, with Agnes in charge of selling Durer's artwork, which
was becoming very popular in Germany at the time.
In Italy Durer created a series of religious paintings using tempera on linen and a new method he devised for authentic looking fleshtones.
In 1508, Durer made a simple pen and ink drawing that is
used by art students to this day.  It's called "Praying Hands."
He works illustrating Emperor Maximilian's personal prayer book. Maximilian gave him an imperial pension to continue his work.  By 1519 when Maximilian passed away, Durer was losing his sight and developing what they now think was arthritis in his hands.
It s then that the great painter/engraver became a writer.  He
wrote four books on mathematics, especially Geometry, and four books on human proportions in both the male and female
forms.  He had theories on the ideal beauty of the human form
in art. 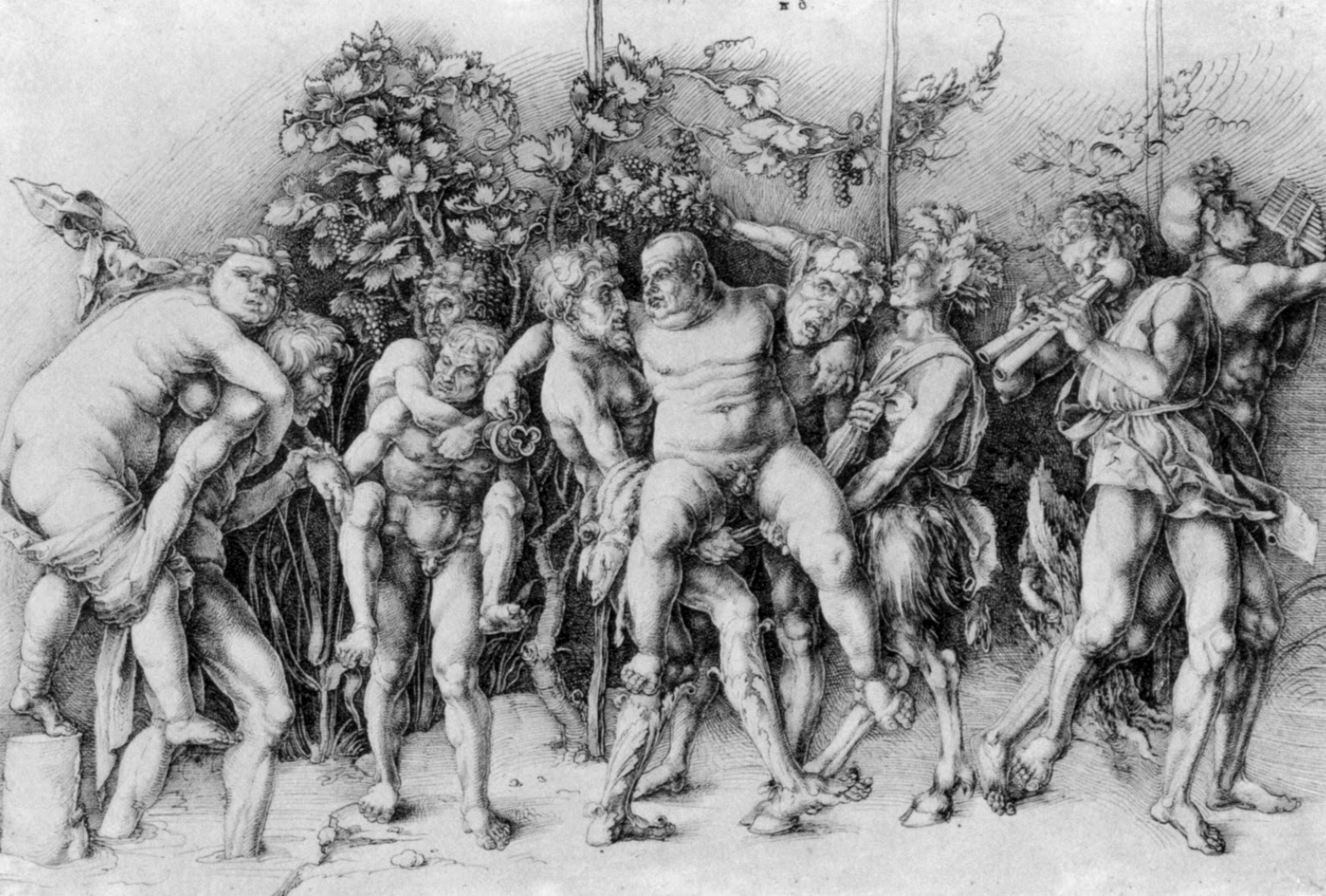 In July of 1521, Durer caught an undetermined illness, probably malaria, and his health continued to decline until his death in Nuremberg at the age of 56, leaving Agnes substantially wealthy and able to live in their home/studio until her death in 1539.  Today it is a museum.
By Carol Ann Kauffman's Vision and Verse at Thursday, January 04, 2018