American David Hettinger is known as the Illinois Painter of Life. 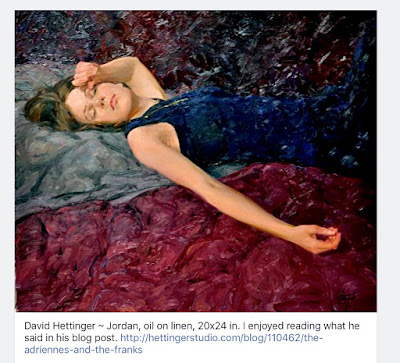 He began drawing things he saw on television and movie cowboys around the age of eight.

At thirteen he received his first set of oils by a local artist named Mike Spencer who ran a local barbershop near David's elementary school. 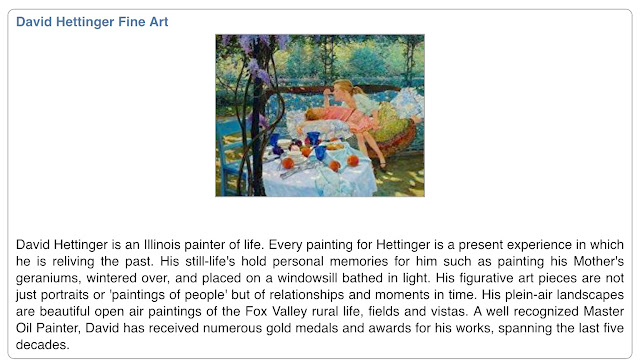 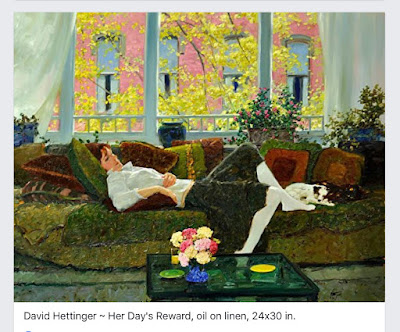 His formal training began at the Academy of Art in Chicago under Joseph Van Brouck and learned  classical realism and the Techniques of the Fleming, Dutch, and Spanish masters. 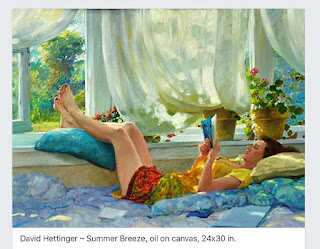 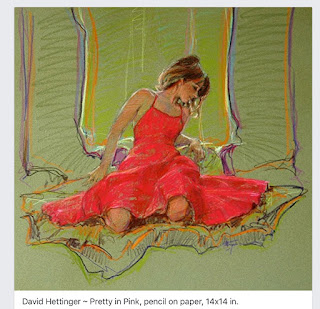 It is said that David Hettinger  paints "moments in life" or "emotion" rather than simply a scene or a place. He paints his personal recollections of a moment in time, complete with all the feelings attached.

As usual, I claim nothing here as my own.