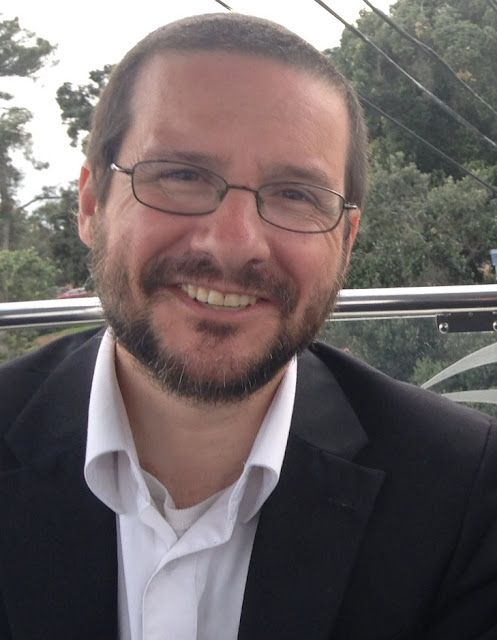 Good morning, Nathaniel, and welcome to Vision and Verse, the site for art and books and those who love them. What have you written?
I have written “Peretz Family Adventures,” a series for middle grade readers. It’s now up to four books: Yaakov the Pirate Hunter, Yaakov and the Treasures of Timna Valley,Yaakov and the Secret of Acra Fortress, and Yaakov and the Jewel of Jamaica.
I have also started a series for older readers, “The Chronicles of Simon Mendez.” It begins with A Time for Vengeance.

What is your favorite genre to write?
Action/adventure is my favorite genre. I like to take readers to exotic locations or different periods, and tell them about exciting experiences that are out of the ordinary. 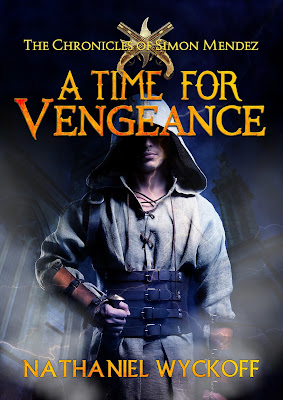 Favorite food.
My wife’s baked salmon, combined with salad of dark green, leafy vegetables (kale, romaine lettuce and the like).

Tea or coffee?
I prefer tea. I don’t like coffee at all. In the morning, I often enjoy a cup of green tea mixed with Truvia, a sweet-tasting sugar substitute from the stevia plant.

Pizza or ice cream?
Although I enjoy both at times, I prefer ice cream. My favorite flavor is chocolate mint.

Wine or beer or soda?
Wine is probably my favorite beverage. Of course, I don’t drink it too often; I have to take care of my health. On the Jewish Sabbath and holidays, I will drink some with our meals.
I don’t like the taste of beer very much, and soda is a drink that I simply prefer to avoid altogether because it’s so unhealthy. 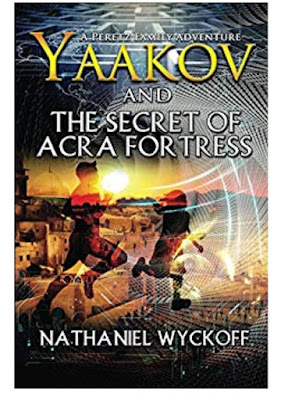 Israel, where most of my living relatives live, and where, as a Jew, I feel a deep spiritual connection. Where in Israel? All over! I’ve been there before for reasons like family visits, vacations and traditional Jewish study. My most recent trip there was, sadly, for my mother’s funeral nearly three years ago.
It would also be nice to visit some of the great national parks in the U.S., including Yosemite and the Grand Canyon.

Favorite musical artist.
It’s a tie between Mozart and Tchaikovsky. I’ve also recently started listening to some singers, including Yaakov Shwekey, Nissim Black, Yossi and Avi Piamenta, and others. 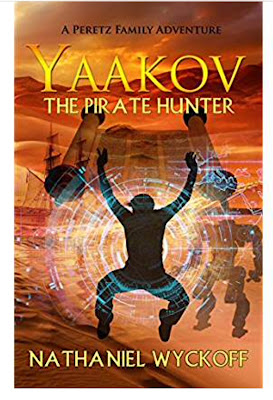 Do you listen to music when you write?
No. I prefer to work in a quiet environment, mainly in the early morning hours, when the house is quiet.

What makes you laugh?
Silliness! I like puns. To get myself up, alert and motivated in the morning, I often jump around and make up ridiculous words and expressions. Also, some of the jokes and antics that my younger sons make up can drive me into fits of laughter.
I once read a book titled Idiot Letters. The author, Paul Rosa, wrote insane letters various corporations, asking them all kinds of foolish questions and complaining about things that were obviously nonsensical. The book had me in stitches.

Because this is an art AND author site, I am obliged to ask: Favorite work of art or sculpture.
Although I can’t point to a specific one, I do enjoy paintings of grand landscapes, especially if they include bodies of water.

How old were you when you started writing?
I started at a very young age, just making up stories. 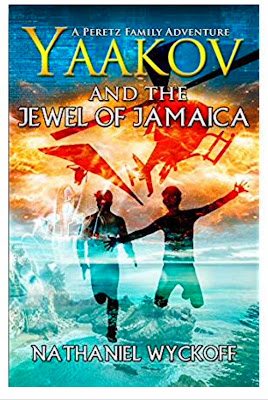 When a third-grade teacher had the class write down our own creative stories and then have them bound into little books, I was a natural, thanks to my storytelling father. Having learned from my father how to imagine impossibly awesome scenarios, far beyond the limits of normal experience and the natural world, I had no trouble coming up with a tale of aliens from outer space invading people’s homes and making life unbearable for them (eventually to be defeated, of course). I drew the aliens to resemble those from the Atari 2600’s version of the “Space Invaders” video game. My teacher was flabbergasted, and praised me to my parents, as having “such an imagination!” I recall telling my mother that, someday, my little book would become a bestseller. That didn’t actually happen, but I didn’t give up.
A major event in my writing saga was a comic book of my own creation. One day, when I was about 11 years old, I sat down and created a comic book character named “Super String Bean. ” He was a regular guy named Joe Binny, who gained temporary super powers by eating string beans. Of course, he used his super powers to fight crime. His archenemy was a wizard named “Lermin.” (“Merlin” was taken.) Though I did not consider myself a visual artist, I wrote and drew a number of issues of the Super String Bean comic book, for my younger brother’s entertainment. Super String Bean inspired him to take up comic book art, as well; he produced some “Captain Cheerio” comics for my amusement. His comics usually had me cracking up with laughter. 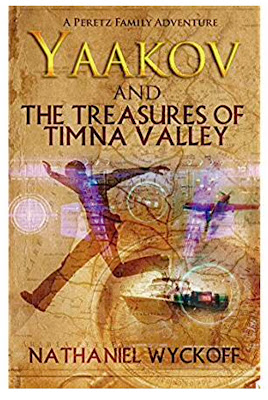 Do you plan out your book with outlines and notecards? Or just write?
I use outlines in a notebook. My preference is to start with a somewhat sketchy outline and then fill in details as “beats,” fleshing out the outline with more detailed paragraphs. I do a lot of planning before sitting down to type.

Describe your perfect evening.
The perfect evening would include a nice meal with the family, a board game or card with the kids, some time spent in Torah study, and comfortable rest.

Where do you get your inspiration?
From various places. Sometimes, I learn about historical events or fascinating archaeological discoveries that fuel my imagination. Other times, my kids’ boundless energy and desire to explore and try new things will inspire me.

What do you do when you get a writer's block?
If I’m attempting to come up with the basic premise for a story, I can do some Internet research on obscure or alluring archaeological discoveries and lesser-known, curious historical events. If I’m trying to come with the options for a character who’s trapped, or my story just seems too short to be interesting, I might take some time to brainstorm possibilities. I also might bounce ideas off of my wife, who’s given me a lot of valuable input and help over the years. 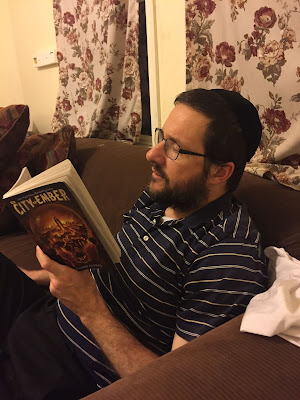 Who is your favorite author?
There are too many great ones for me to narrow it down to just one. However, I can definitely name some authors whom I’ve enjoyed. They include Libi Astaire, Bernard Malamud, Terry Brooks, J.R.R. Tolkien, and C.S. Lewis.

Best book you ever read.
Again, I’ve enjoyed so many that I find it very difficult to name just oneas “the best.” However, I can name a very helpful, practical book titled The Power of Full Engagement. It’s a great guide for daily life, focused on managing energy rather than time per se. The book encouraged me to do things like going to bed early and waking up early.
Some other very good ones included The Fixer by Malamud, Magic Kingdom for Sale – Soldby Brooks,The Last Emberby Daniel Levin, and The Wall and the Wingby Laura Ruby. 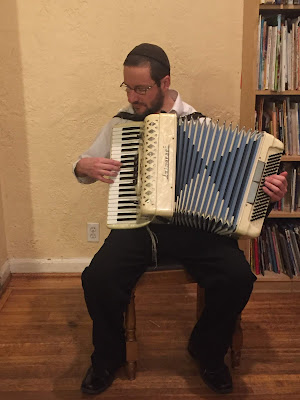 What would you do for a living if you weren’t a writer?
Already, I don’t write exclusively. Writing does pay an income stream, thank God, yet it’s not yet at the level to be profitable (though I aspire to get there soon). So, I also work as a systems engineer in the aerospace/defense industry.

Who is the one person who has influenced your personal life the most and why?
My father is the one person who has influenced my personal life most. The reason is because he is very loving, generous, kindhearted, and involved. In my childhood, he was always very close to my brothers and me. I always looked to him as a role model of what a husband and father are “supposed” to be. He also has a relaxed, lighthearted way about him; I continuously strive to emulate his example. He’s probably the reason that I have a taste for silly humor. On my drives home from my side-job (my engineering non-author job), I like to call him and impersonate an annoying telemarketer who wants to get him to buy something or sign up for something ridiculous. He joins in and we end up with a creative, humorous back-and-forth. 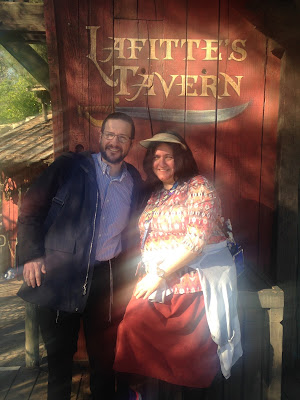 I would choose my great-grandfather, Rabbi Eliyahu Yiloz. He was an incredibly fascinating person. He emigrated from Morocco to the Land of Israel in 1874, with his family, when he was still about 14 years old. Quickly, he was recognized as an intellectual giant and an astounding Torah scholar. He rose to a prominent rabbinic position at a young age, and was known for his extreme piety and goodness. His scholarly works are still being studied today. So, I would love to be able to consult with him on all kinds of matters related to my role and purpose in life – whatever guidance that such a giant of a human being could provide.

What advice would you give someone who aspired to be a writer?
Do not allow the lack of validation to discourage you. Sit down and write every day.  Just do it, regardless of the fact that you will get no feedback at all until you have a finished product. Fix a time to show up and do the job daily, and you will eventually get somewhere.

Do you have some links for us to follow you?
Amazon and other links:
http://www.peretzadventures.com/

My author profile on BookBub:

By Carol Ann Kauffman's Vision and Verse at Wednesday, March 06, 2019