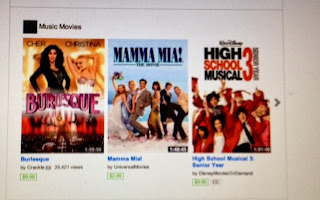 Good Morning, Gentle Readers!
We’ve had a few people ask us some questions to answer here on our blog.  Here is the first.
1. What is your favorite movie?
Carol:  They say a writer is a whole bunch of people living in the same body, and each one of those people inside of me has their own personal favorite!
First there’s Star Trek, the 2009 reboot of the series with Chris Pine and  Zack Quinto.  These characters were written and portrayed as close to the old TV series as I’ve ever seen.  And I’ll admit it, I’m a Trekkie.  Loved those old guys.  Love these new ones.
But I also really love Charade with Audrey Hepburn and Cary Grant from 1963.  Saw this one on TV.  The storyline, a beautiful widow in Paris is being pursued by bad guys for some unknown reason and is drawn to Cary Grant.  The suspense, the music, Cary Grant, the great acting, the beautiful locations, Cary Grant, the romance!  Ah! Terrific.
Then there’s the made for TV movie from the BBC, Spies of Warsaw with David Tennant this year.  It’s espionage, international intrigue, Nazis, romance, and David Tennant in the shower.  Taken from a novel by the incredible Alan Furst, it was beautifully done, from the music and meticulous costuming to the acting and scenery.
I laughed all the way through Connie and Carla, the 2004 Some Like It Hot-ish, critic-hated, seriously underrated movie with Nia Vardolos and Toni Colette playing two mildly talented singers who witness a mob murder and have to go into hiding as men dressed as women.  It’s airport lounge entertainment like you’ve never seen before.  If you missed this one because the critics told you it was bad, rent it.  You’ll find yourself singing “Don’t Cry For Me, Argentina” while you’re doing up the laundry.
But my very, very favorite was an old 1973 sci-fi thriller I found on TV one cold, Ohio afternoon called The Day of the Dolphins starring George C. Scott.  It’s about a scientist working on dolphin intelligence with a pair of dolphins named Alpha and Beta, (‘”pha” and “be.”  And they called George C. Scott “pa.”)  These sweet dolphins are trained to carry packages underwater to ships and attach them magnetically to the underside.  So one day the dolphins get stolen by the bad guys and now carry bombs to blow up a ship carrying the president of the United States.   And all this is just the backstory to the love shared between these dolphins and their humans, and between each other.  A hard decision must be made to prevent something like this from ever happening again.  It was a daylong cryfest for a kid with abandonment issues.

Parker:  Hello Readers.  I tend to gravitate towards the lesser known more obscure films.
"MR BROOKS",  is a 2007 psychological thriller starring Kevin Costner, Demi Moore, Dane Cook, and William Hurt.  Earl Brooks (Costner) is a celebrated businessman and serial killer who is forced to take on a protege Mr Smith (Cook) who is blackmailing him, and he has to deal with his alter ego, Marshall  (Hurt) who convinces him to indulge in his "habit".  The story gets more complicated when an obsessed police officer Tracy Atwood  (Moore) decides to reopen the investigations into his murders.  At one point Smith demands that Brooks take him along on a killing.  Smith panics, urinating at the scene and leaving behind his DNA. Jump ahead where Brooks/Marshall  find it necessary to get rid of Smith in a manner that would leave police to believe he was the serial killer and that the case is now closed.  Lots more twists and turns that you just have to see the movie to find out.
"THE WHALES OF AUGUST",   a 1987 movie starring Bette Davis and Lillian Gish, is the story of two elderly widowed sisters nearing the end of their lives, spending a summer at a seaside house in Maine.  Libby (Davis) and Sarah (Gish) find themselves reflecting on their past and the times they spent at the summer house in their youth.  It brings back the bitterness, jealousies, and misunderstandings that prevented them from enjoying a closeness for all those years.  Libby is the more infirm, bitter, and cold sister while Sarah is softer, more tolerant, caretaker and as the film progresses the chasm in their relationship  widens because of resentment on the part of Libby, so Sarah slowly distances herself.  Now you're going to have to see the movie to find out how it turns out.
"DARK CITY",  is a neo-noir science fiction film from 1998.  Rufus Sewell, Kiefer Southerland, Jennifer Connelly, and William Hurt are the key characters in this story.   John Murdoch (Sewell) suffers from amnesia and finds he's accused of murder.  Murdoch attempts to discover his identity so as to clear his name, all the while running from police and haunted by a mysterious group known only as the "STRANGERS".

Murdoch wakes up in a bathtub in a hotel with amnesia.  The room phone rings and he answers a call from Dr Daniel Schreber (Southerland) who tells him to hurry and leave the hotel to avoid a group of men coming after him.  In the midst of the call Murdoch discovers the body of a brutally ritualistically murdered woman and a bloody knife.  Murdoch flees just as the STRANGERS arrive.  He eventually learns his name and finds that he has a wife named Emma (Connelly).  He is also being sought by police inspector Frank Bumstead (Hurt) as a suspect in a series of murders, even though he doesn't remember killing anyone.  While trying to avoid the STRANGERS Murdoch discovers he has psychokinetic powers just like the STRANGERS, called  "tuning"  and uses them to escape from them.

It is perpetually night in the city where people become temporarily comatose at midnight.  At that time the STRANGERS stop time and physically rearrange the city, and change people's identities and memories.  I wouldn't want to ruin the ending for you...so you'll just have to see the film to find out what the happy ending is.

"THE TIME TRAVELER'S WIFE",   is a 2009 romantic drama starring Eric Bana and Rachel McAdams.  I have to say this is probably my most favorite film...it is a love story, and I love a great love story, about a man with a genetic disorder that causes him to time travel unpredictably and his artist wife who has to cope with his frequent absences and dangerous experiences.

Henry (Bana) begins time traveling at the age of 6, jumping back and forth in time relative to his own timeline.  He never knows when he'll leave, where he'll go, or how long the trip will last.  He also can't take anything with him so wherever he ends up he arrives naked.  He develops ways to survive finding food, shelter, and clothing.

Henry's timeline eventually converges with Clare's (McAdams) and soon he finds himself traveling back to her childhood where they are complete strangers.  There are many time changes throughout the film and it can be a bit daunting to comprehend.  I won't spoil it for you other than to say they do marry eventually....and you'll just have to see it to find out the rest.