An Interview with Author Ryan Attard 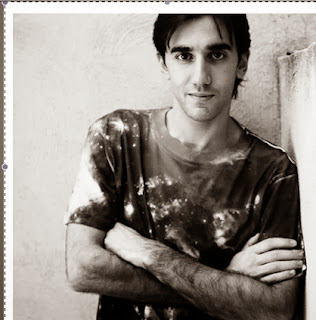 Ryan Attard
Malta, a tiny island in an ocean far, far away

Welcome to Vision and Verse this morning, Ryan.  What have you written?

Firstborn, Book 1 of the Legacy Series. Big Wolf on Campus and Dread Night are two short stories/ novellas that are also part of the same series but are more side stories.

What is your favorite genre to write?
Urban fantasy. I love taking tried and tested mythology and Dungeons and Dragons elements and putting them in today’s society of smartphones, fast cars and sassy attitudes.  I also love action and comedy. Having grown up on Power Rangers and Teenage Mutant Ninja Turtles there is no way I can avoid a swordfight scene. I also cannot resist telling jokes, and making fun of the main character. I guess you can blame the 10 or more sitcoms I watch per year.

Favorite food.
Anything that is not too greasy or too heavy. I have the stomach capacity of a sparrow. I’m quite picky with my food, but I’m also heavily addicted to chocolate.

Where would you like to visit?
I have the Legacy Series set in Eureka (because I love Greek puns) California. Lots of the second book (coming out soon) takes place in Trinity Forest, which I understand is a great hiking place. I’ve never been to the United States and I want to rectify that ASAP. Maybe I could go further and say I really (really, really) want to have a panel at a comic con, just because that even would be a slice of heaven for a guy like me.

Favorite musical artist.  Do you listen to music when you write?  What?
I listen to a lot of ‘underground’ music – artists who have made it on their own or who develop their own style. The most inspiring musician I know of is Klayton aka Celldweller. Guy started with nothing and suffered for it, but now he’s a successful musician. That mirrors what I went through when I decided to write full time.

As for what I listen to when I write – I don’t. Creation needs peace and quiet with only the voices in my head to speak. However, when I need to pump myself up I plug in Celldweller, Blue Stahli, Krewella, SiN.Tex and anything which tickles my fancy. Sometimes it’s a soundtrack from Two Steps from Hell and sometimes it’s some sexy latin R’n’B, other times it’s EDM pumps.

What makes you laugh?
Anything serious. People get so hung up on little annoying things that they fail to see the big picture, which is always cause for laughter. Once you lower those social barriers anything becomes funny (and inappropriate).

How old were you when you started writing?
I started doodling fanfics when I was 16, because I wanted to impress my social circle of otakus and general geeks. But I got serious about it when I was 19. That’s when I came up with Legacy.

Where do you get your inspiration? Books, movies, manga, comics, cartoons, anime, music, parodies, stand-up comics – pretty much anything. I haven’t found my off switch yet so even when I’m not writing, I’m absorbing potential ideas.

What do you do when you get a writer's block?
I look at my empty bank account. I don’t believe in inspiration but desperation. In the words of Jim Butcher: “I don’t get writer’s block – I have a mortgage.”

Who is your favorite author?
Jim Butcher would take that vote but there are at least another 20 who are close seconds.

Best book you ever read.
Anything which I am reading currently. I’m extremely picky; if I keep it for more than two days, it’s good. And so far I have read a lot of very good books.

Who is the one person who has influenced your personal life the most and why?
I have two friends with whom without I would be one terribly lost soul. The first helped me start writing and guided me when I had no idea what to do. The other is an artist who like me found it difficult to take the leap and go full time. You have to understand that in our country no one is a full time artist and making money out of your talent is both frowned upon and discouraged. Together we decided to take the leap and haven’t looked back since.

If you could sit down and have a conversation with ONE person, living or dead, real or fictional, who would it be and why?
Myself. Not because I’m vain but because that way I’d get my ideas sorted out quicker and no one would accuse me of being insane. I would be quite literally talking to myself.

If that is too weird, I’d love to chat with any author or musician or comic I like. There are a few which have inspired me more than others and I would love a minute to examine their heads. If anything I’d simply love to thank them for their awesome work.

What advice would you give someone who aspired to be a writer?
Just do it. You’ll get shot down, you’ll get rejected and you’ll feel heart broken. A lot of times you’ll feel like you’re putting in countless hours of work for nothing.  But if you keep going you will get past that and when you hold a finished manuscript in your hands, it’s the biggest sense of accomplishment and high you can imagine. That is something that thousands have strived for and tried but very few succeed. That feeling, that joy and serenity is worth all the hardships. Anything worth having is worth fighting for. 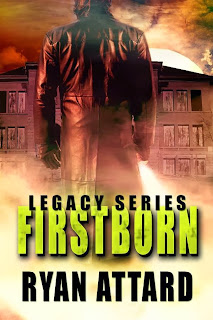 A little more about Ryan Attard.

As an avid reader of fantasy and fiction books, Ryan got tired of waiting for his favorite authors to publish their next novels and decided to simply entertain himself instead. He then spent the next three years learning, in excruciating detail, why it takes authors such a long time to write a book that they can live with.

Ryan lives on a tiny island, sometimes not even shown on maps, where his only friends are animated drawings and disembodied voices. And since everything in the outside world is boring to him, he took a journey inwards with some of his own made up characters.
Enter The Legacy Series, a story about a cursed wizard with a huge magical handicap, a talking demonic cat and an evil twin sister as they save the world from evil in its various forms. The name Firstborn has a quintuple meaning: Erik is a firstborn son, the main villain is considered a firstborn in biblical terms, the book is the first of the series and it is also Ryan’s first ever book. There is also another meaning, but he cannot reveal it without divulging a secret which would unravel the end of the series. 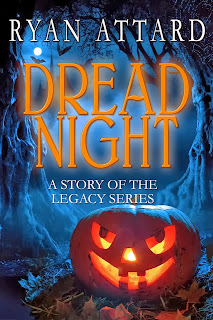 According to his colleagues, manager, and whip-bearer, Ryan is horribly addicted to what he does. He writes and writes and writes; sometimes forgetting to do those silly things like eat or sleep. Sometimes he looks up and wonders where last night’s starry skies have gone and why are there so many people walking on the street. Sometimes he deludes himself into taking a break, by going to a movie or listening to an album – but when he does, he is watching and listening, absorbing ideas and inspirations. Sometimes he even watches you, waiting in the shadows, in darkest recesses of your mind.
Ryan would like to declare that he should not be taken seriously. He is one of those annoying and slightly insane people who have conversations with wisps of air and write their Author’s Note in the third person.


Find out more about Ryan at his official website: RyanAttard.com