My novel BELTERRA defies classifying.  It is sci-fi because it takes place on a planet that is not Earth, but shares many similarities.  It is fantasy because of magical healing and the mention of crystals.  It is a coming of age story because of the age of the heroine at the beginning of the novel.  It is a romantic action adventure because it is the story of Neeka and Braedon and their relationship as one person changes the course of the planet.  It is the story of good and evil and how one lie could ruin everything. 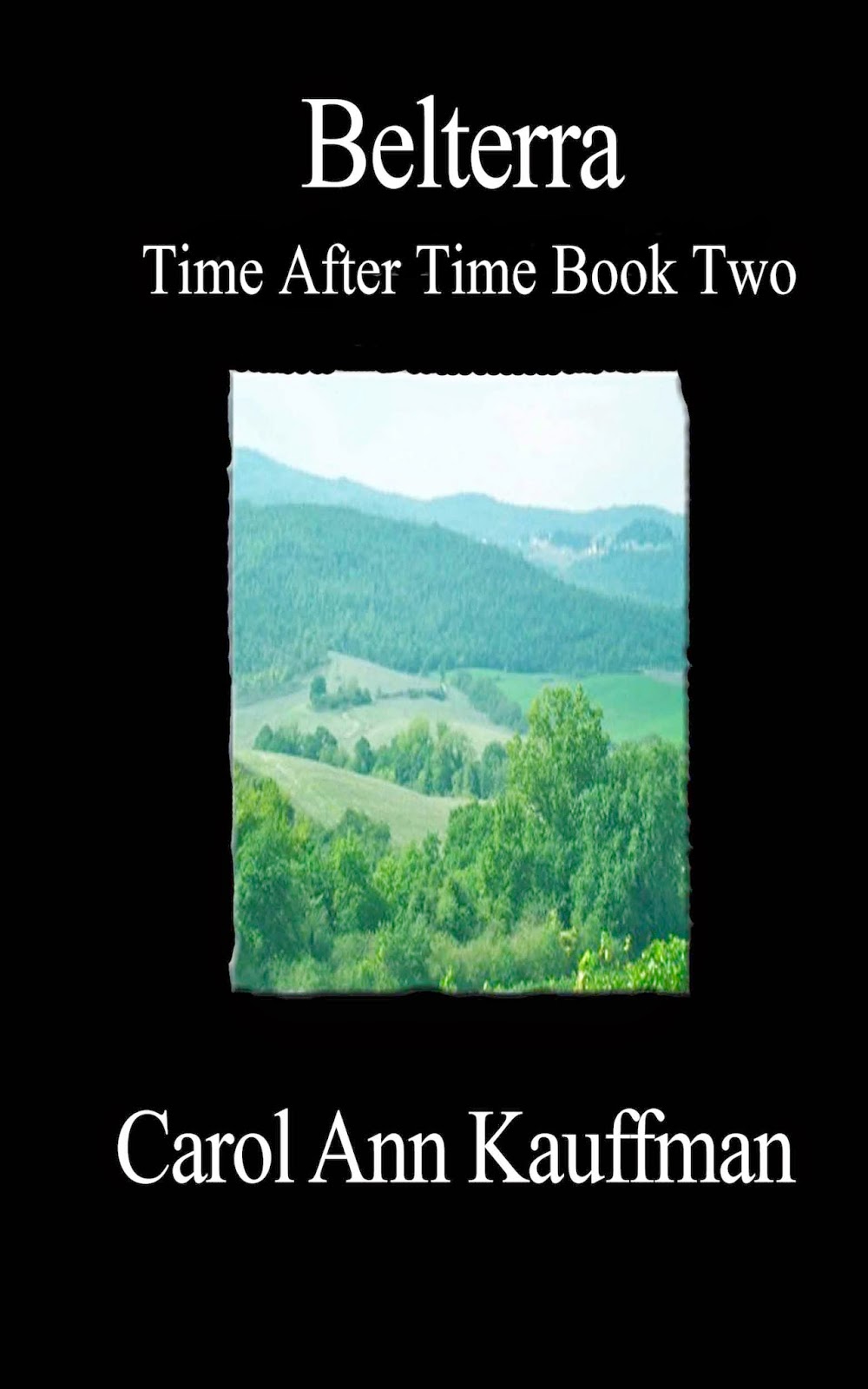 Excerpt:
Setting:   Braedon is called to a meeting on neutral ground with the other leaders of their world to discuss Neeka's "abduction."
She goes with him to prove to her father that she was not kidnapped and went with Braedon of her own free will.  The Science Lord Seth demands Braedon be handed over for punishment.

“No!” said Neeka,  “I will not agree to this.  No crime was committed.   I was not stolen.  No punishment is warranted.  I will not allow this.”
“The choice is not yours to make, Neeka.  Put her down, War Lord,” demanded her father, “and then we will talk.”
Braedon gently kissed the back of her head, inhaling her scent, fearing he may never hold her again.
“It will be okay, Neeka.  I am willing to do this his way.  I will come to Westwind.  I will come back for you.  I promise you.  I will ask his permission,” he whispered as he gently lifted her down.
As soon as she was on the ground and Braedon straightened up, Lord Seth threw a knife at his chest.  It ricocheted off his armor.
“What the hell?” Seth expected blood, not the twang of metal.  “She armored him!” Seth shouted.
“Braedon, are you okay?”  Neeka screamed.  She reached for him.  He pulled her back up to him.  She touched his face.  He held on to her hand and kissed her fingers.
“I’m okay.  Don’t worry,” he whispered to her.
“You are despicable!”  A wild Neeka screamed at Seth.  “You make an attempt on his life in the neutral zone!  And who else but an arrogant scientist would desecrate the sanctity of this place?  And who else but a scientist would have access to a supply of chemicals to slowly poison him.  Why?  You started poisoning him before he ever came for me.  Why?”
The men back home watched for suspicious behavior as the whole village listened to what was going on.  Two people ran.  They were shot immediately, according to directions from Braedon.
“This is not over, Neeka.  I will have you back.”  Science Lord Seth turned and rode away.
“Who IS that guy?”  Braedon whispered in her ear.
“My husband,” she whispered back.  Braedon gasped.