The Kimono Art of ITCHIKU KUBOTA 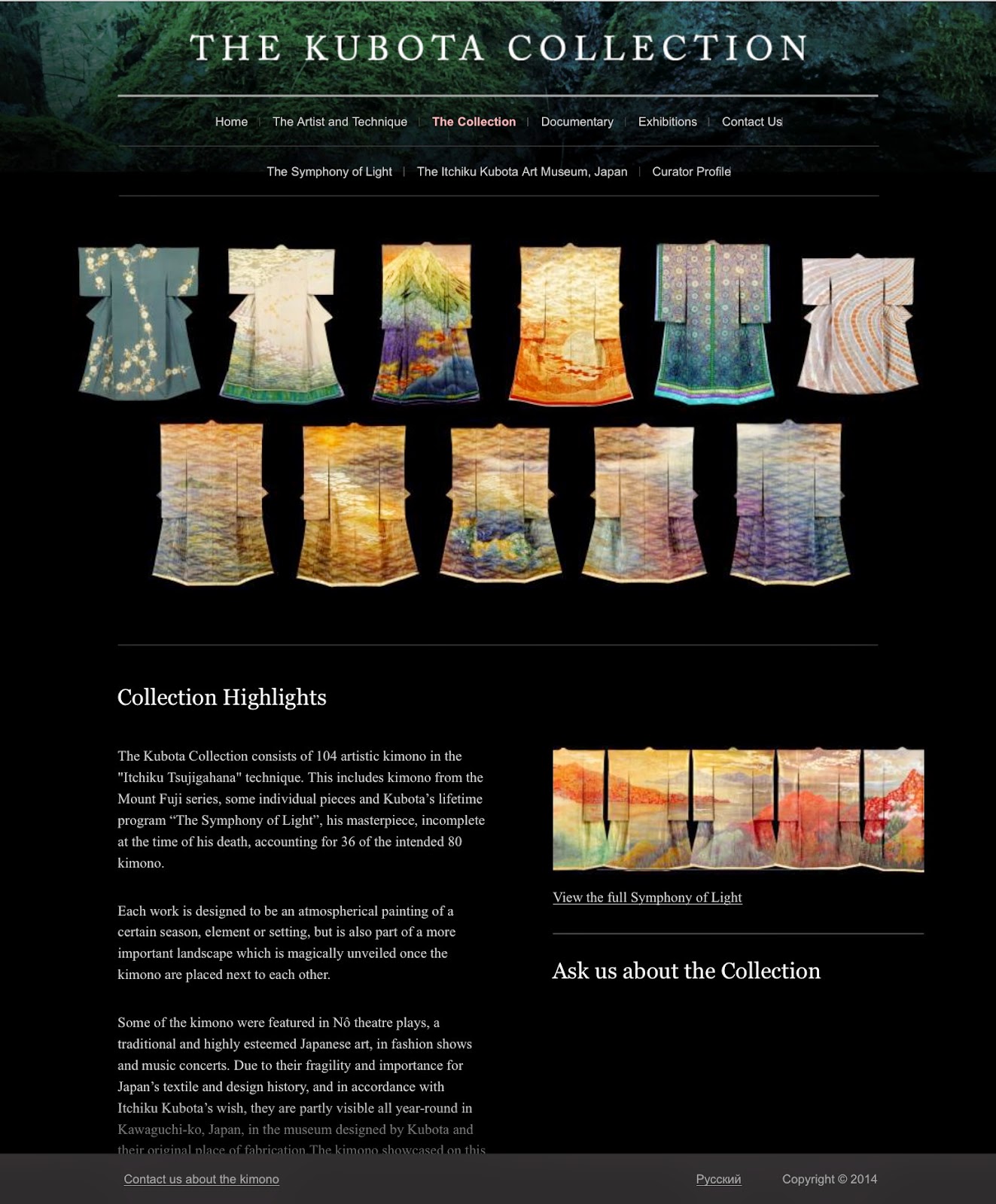 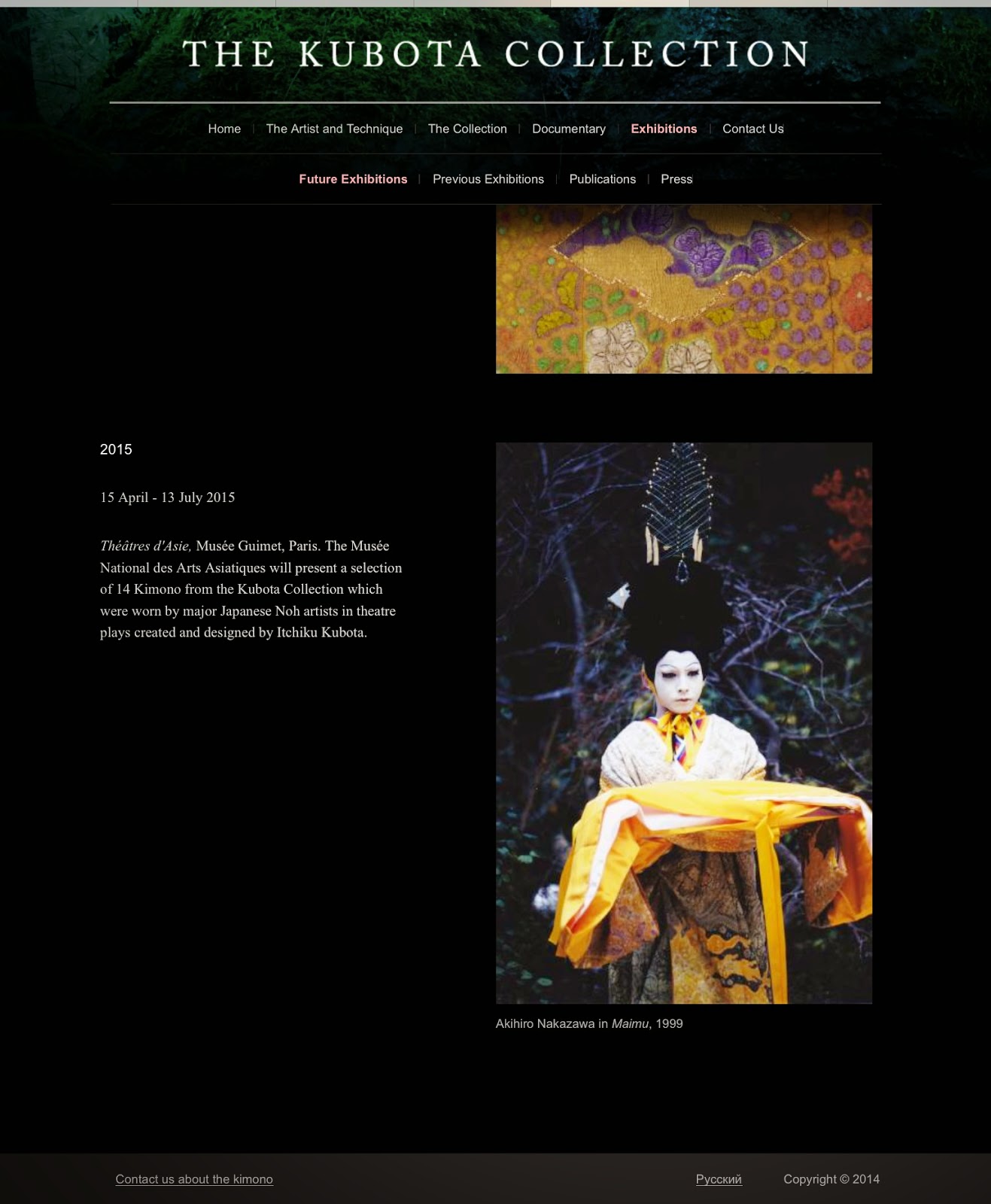 Five years ago, William and I had the distinct
pleasure of viewing this textile art exhibition in
Canton, Ohio at the Canton Museum of Art.  The
exhibition ran from February 8, 2009 to April 26, 2009.
and was only the second showing in the United States,
first appearing at the Timken Museum in San Diego in 2008 and ending in January, 2009.

Itchiku Kubota was born in Japan in 1917 and became a textile art apprentice as a very young man.   His formal education and textile training were disrupted by the Second World War, when Itchiku was sent to war and  was captured by the Russians.   He was imprisoned in a concentration camp in Siberia, forgotten about by everyone except his family, and he drew and painted the Siberian sunsets in order to keep his sanity amid deplorable conditions. 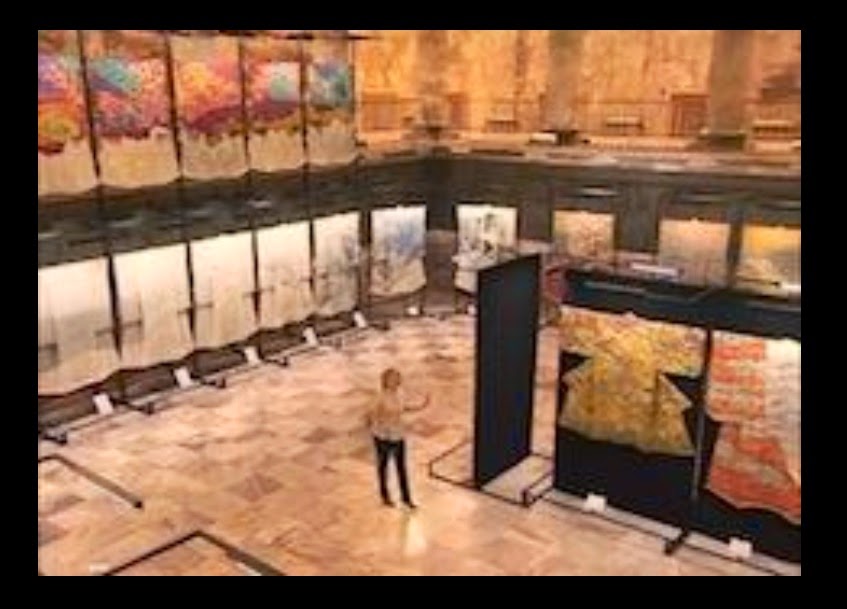 Itchiku Kubota is best known for reviving and modernizing a lost art of fabric dyeing and decorating called "tsujigahana," which means
"flowers at the crossroads."  It was a technique used in the fifteenth century with natural dyes, but was lost because of it's difficulty in controlling the resulting shading of the textile. 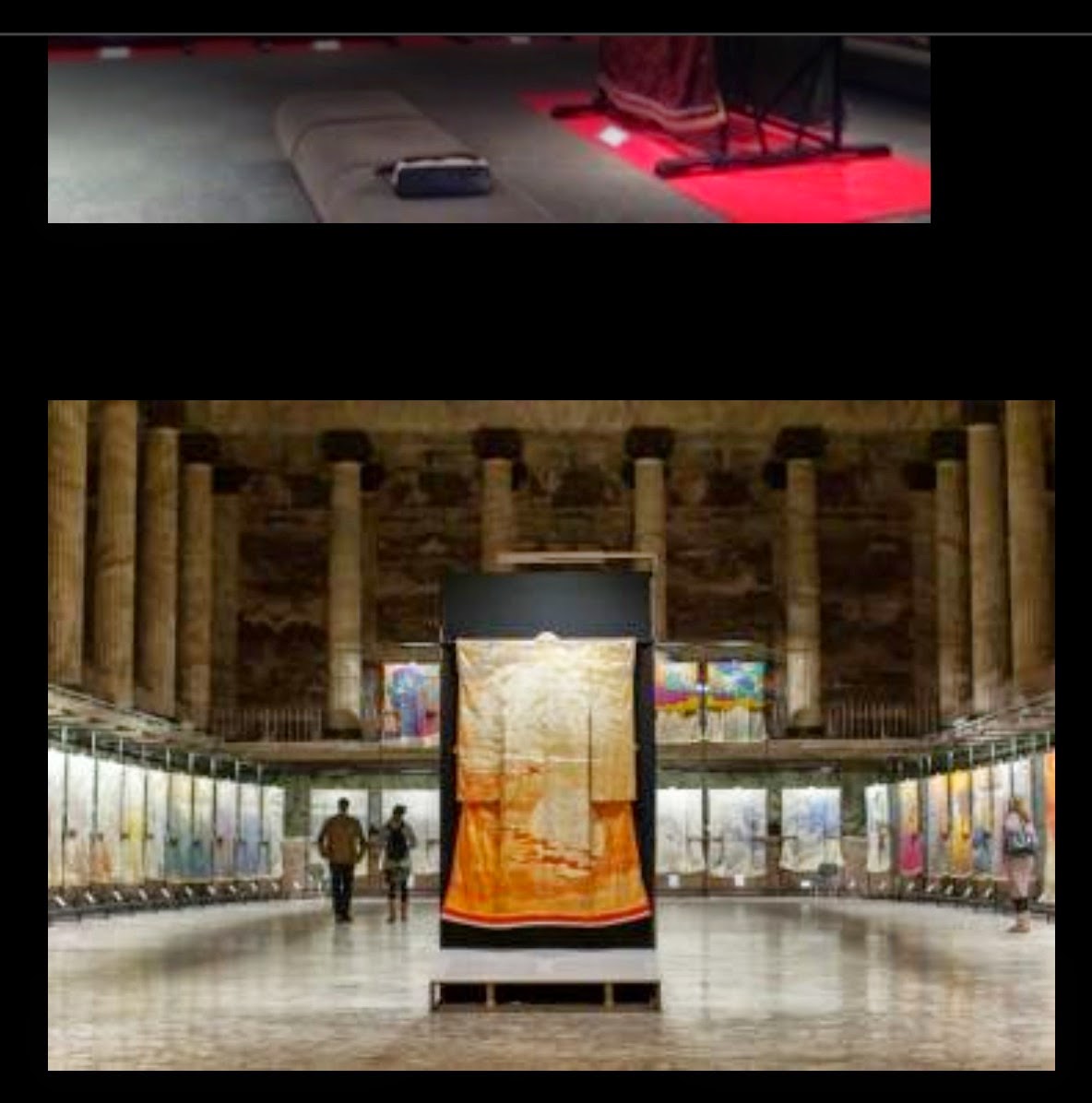 Kubota's masterpiece, "Symphony of Light," was
a series of painted and elaborately decorated silk
kimonos that he said depicted "the grandeur of the universe."  The kimonos were displayed on large black frames and arranged in a giant oval
depicting a panoramic view of the seasons of the year.  The textiles were shaded so that they seamlessly blended into each other ever so slightly, allowing the viewer to almost see the movement of the earth as each breathtaking view is passed.  Once around the oval is not enough to take in the intricate design and the delicate beauty of the shading on the huge silk kimonos, creating
a mural of the natural loveliness of the Japanese countryside throughout the seasons. The sheer size of these large kimonos, set side by side, filling up the huge exhibit hall, was a scene to behold in itself.  But upon a closer examination of the subtly dyed silks and the elaborately decorated designs was truly inspirational and awe-inspiring.  It was a once in a lifetime, spectacular display that I will fondly remember. 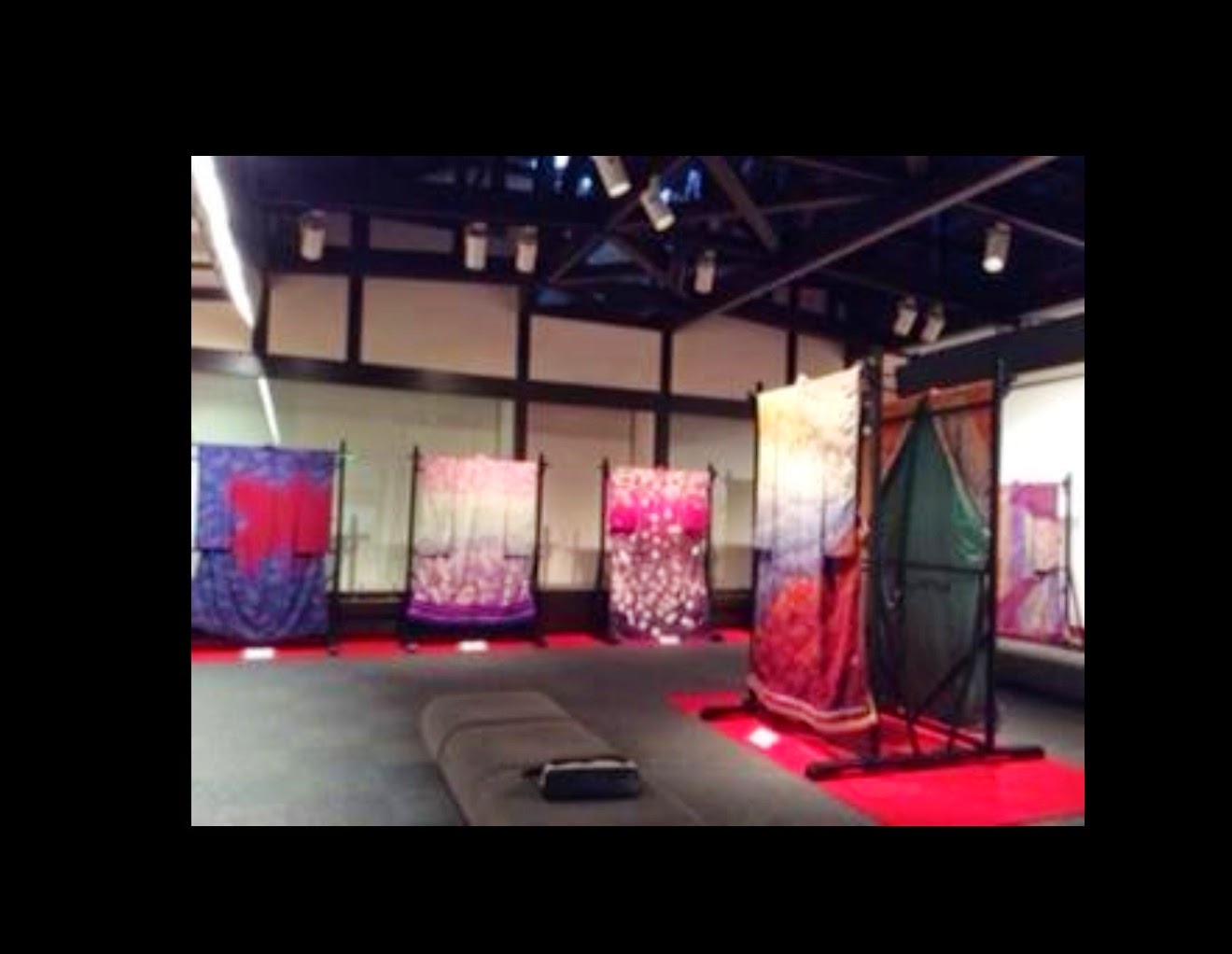 Information for this article is from memory of my visit to the exhibition.  Photos are from the Kubotacollection.com and also Canada's Homage to Nature page, www.historymuseum.ca