Dear Gentle Readers,
This is the time of year some of you are looking for books for your children and grandparents. When I came upon this adorable series, I thought you might like it for your little ones. 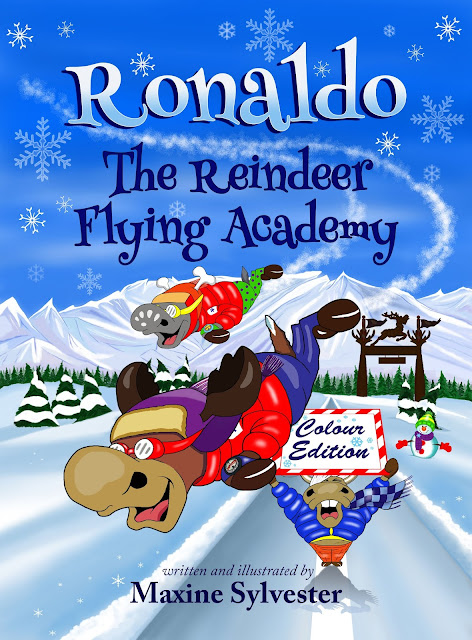 Ronaldo is the top flying cadet at the prestigious Reindeer Flying Academy. He dreams of getting his flying license and becoming one of Santa's reindeer, just like his hero, Vixen. In the first adventure in the Ronaldo series, the second year flying cadets face their toughest ever flying test – The Endurance Challenge. Will Ronaldo be victorious and lift the silver cup? Or will mean brothers Dasher, Comet and Prancer ruin his chance for success?

Reviews/Comments -
"MOVE OVER RUDOLPH - RONALDO IS HERE TO STAY!"
"This should be a new Christmas classic!"
"I look forward to reading this book to my kids every year at Christmas. The story is incredibly entertaining and laugh out loud funny, even for parents!"
"This book has become a part of my family's holiday traditions!" 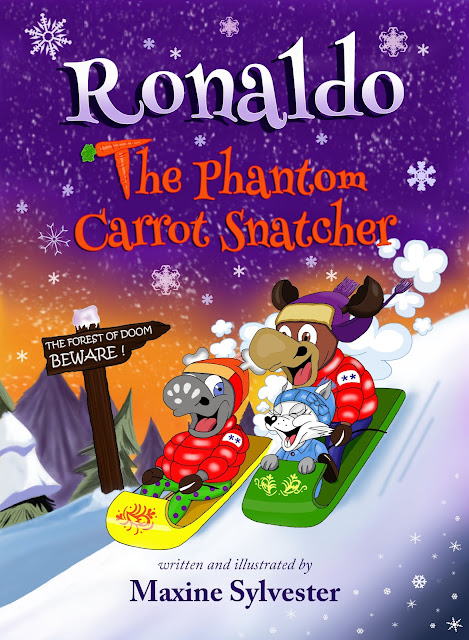 Top flying cadet, Ronaldo, and best friend, Rudi, embark on a superhero mission to help a lost wolf cub find her pack. Rudi comes up with a brilliant plan to locate the wolves during the next speed test at flying school. But secretly Ronaldo doesn’t like the idea. He’s desperate to break the speed record and the detour would slow him down ... and prevent him becoming the fastest flying cadet in history! Will Ronaldo go for glory – or realise friends are more important?

Reviews/Comments -
"A GREAT book for the children's Christmas stocking this year"
"This is a charming children's book that will entertain your little ones and tickle their funny bones." "A heart-warming story, full of action and adventure," "Sylvester has created a lovely winter wonderland with interesting characters" 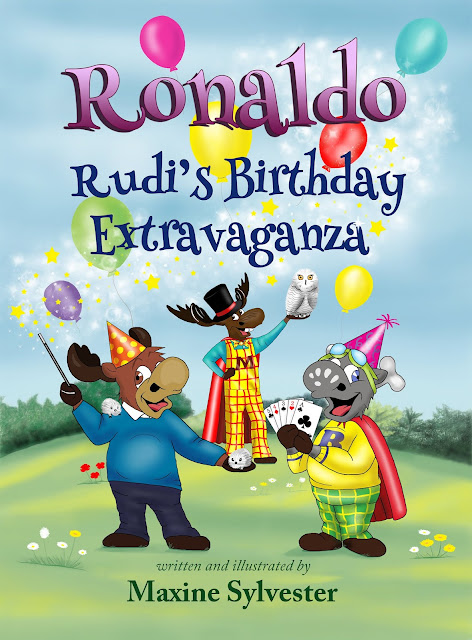 It is summertime in Beresford. Ronaldo and Rudi are beside themselves with excitement: Monty the Moose, the most incredible Magician in the whole world is performing at Rudi’s birthday party! But before the festivities begin, there’s the important matter of The Reindeer Flyover, an ancient tradition of The Reindeer Flying Academy that marks the end of school term. But Rudi might not be able to fly. He has injured his hoof and refuses to see Doctor Kloppen. Rudi is terrified of needles and, rumour has it, the Doctor’s needle is the size of a rocket! Meanwhile, Ronaldo meets celebrity baker Mrs Sorensson and offers to deliver her cakes to ‘Carrot’s ‘N’ Cakes’ bakery before flying school. The weather is hot so Ronaldo rushes through the forest so he can deliver the cakes before the icing melts. But trouble is lurking in the woods. Dasher and his menacing brothers, Comet and Prancer, are hiding in the bushes. Waiting for Ronaldo! Reviews/Comments -
"The story is about friendship, integrity, and honesty, and caters to both the young and old alike."
"... though aimed at a much younger audience, are a perfect fit for the adults who are still in touch with their younger self."

Here is a single buy link that you may prefer -
https://www.amazon.com/Maxine-Sylvester/e/B019HZUOQI/

Here is the lovely Maxine Sylvester
dreaming up some
new adventures
for Ronaldo. 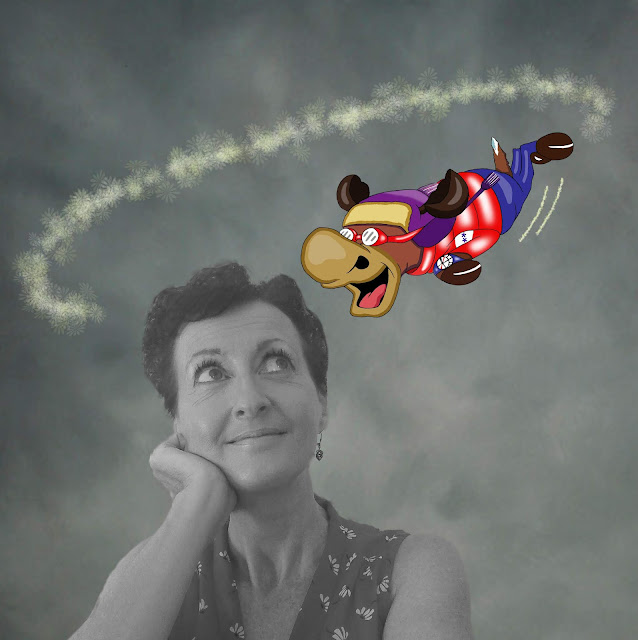 By Carol Ann Kauffman's Vision and Verse at Monday, November 26, 2018