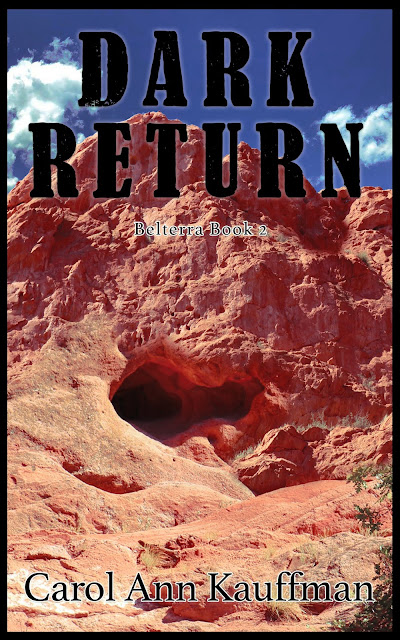 Dark Return is the sequel to Belterra, Time After Time, and takes place about ten years afterwards.

When Belterra was populated long ago by a select group of humans sent here by the ancients in the hope of saving the human race, the indigenous race of bat-like creatures called the Batrach were forced into the ocean and underground sea caves by a giant force field.

The force field has now weakened. The Batrach have emerged from their watery prison and they want their planet back.

If you are one of the thousands who read and loved Belterra, you need to read this continuing adventure of Braedon and Neeka, as they try to save their planet without losing each other. Love. Scifi. Adventure.

Read an excerpt before you buy:

“I seem to have loved you in numberless forms, numberless times, in life after life,
in age after age forever.”
-Rabindranath Tagore

A Species Wants Its Planet Back