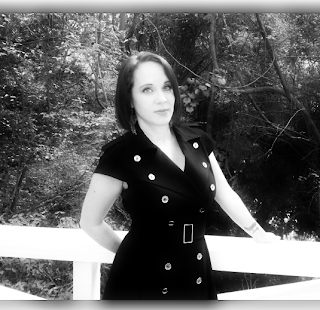 Good morning, Marie.  It is a pleasure to have you with us this morning.  Can you tell us a little about what have you written?
I write the adult post-apocalyptic series, The Risen. Right now, it is sitting at four books in the first year of being released. (The Risen: Dawning, The Risen: Margaret, The Risen: Remnants, The Risen: Courage.)
I also have started a children’s series, Abigail and Her Pet Zombie, where I try to impart on children that being different isn’t such a bad thing. 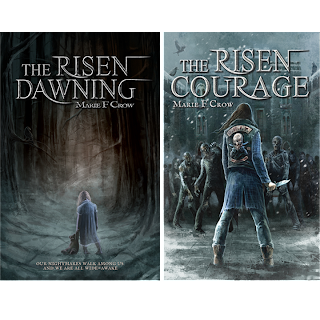 What is your favorite genre to write?
I am a zombie fan-girl at heart. They have always been, and most likely always will be, my favorite “monsters”. Writing about the world of a ZA on one side of the desk while putting a cartoon spin on the same “monsters” on the other side has led to an interesting year.

Favorite food.
Cupcakes. Anyone who follows my ramblings know I have an Achilles’s heel for cupcakes.

Tea or coffee?
Tea but I will spoil myself sometimes after a really good review with a coffee house iced coffee. It’s the little things in life!

Pizza or ice cream?
Ice Cream. Since having a teenager I have quickly outgrown my love for pizza. 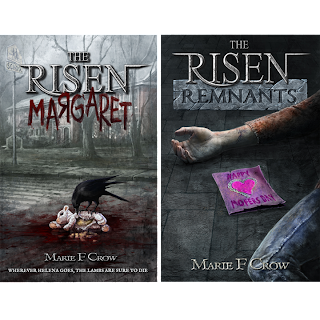 Where would you like to visit?
New Orleans. It has always been a place of mystery for me with such rich culture and with how the town dances on the darker side of life. Everything there seems more alive; even their ghosts.

Favorite musical artist.
I really don’t have one. My music switches with my mood and some days that can really stress out Pandora.

Do you listen to music when you write?  What?
I do listen to music when I write. I prefer overtures or soundtracks to set the mood when writing for the pure musical aspect and not for the lyrics. For me, nothing will kill a scene faster than trying to plot gruesome murders when suddenly I break into song like an episode of Glee.

What makes you laugh?
My family. I am blessed with two daughters who are literally my sun and moon because of how different they are from the other. Some of the best times are when we just as sit as a family around the television and let the crazy roll. Add in a dash of my husband and the crazy may roll for a long time. 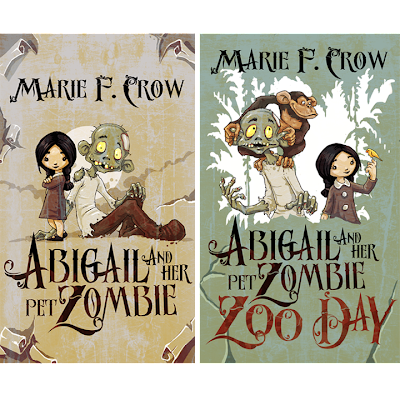 Where do you get your inspiration?
My inspirations for all of my work comes from the very basic question, “Is it real?”. I grew tired of the same plot lines where when everything goes wrong everyone became these perfect soldiers. People who had lived their whole lives in a basic nine-to-five were picking up any weapon, or even suddenly having the knowledge of how to craft weapons, and perfectly using them. That’s not “real”.
People were killing their neighbors, their families, their friends and it never even took a paragraph to explain the pain of doing such an act. That’s not “real”.
When I write, if it’s ZA or the upcoming young adult series, I always want the reader to feel the characters’ angst. I want my readers right there, stuck in the muck and horror of what is happening. After all, that’s the thrill of reading.

What do you do when you get a writer's block?
I cry, like a little girl. Actually no, I take a break and play around with scenes of another book. I have discovered that writer’s block is really the characters’ way of saying he or she doesn’t want their story told this way. If I just sit back and wait for the muse and the character to work it out, the words will start to flow again. All else fails, I play with my bass guitar while they hash it out.

Who is your favorite author?
Stephen King. I fell in love with his earlier books over how he could take something so simple and every day and then twist it into the worse case of a nightmare. So simple. So perfect. So tragic.

If you could sit down and have a conversation with ONE person, living or dead, real or fictional, who would it be and why?
Anne Boleyn. If history is correct she was a gem, dared to become Queen and fell as a victim. She became one of the most hated only to become one of England’s most remembered Queens. She pushed her life beyond the measure of what anyone could expect of a woman with her head held high when so many were doing their best to bring her low. I imagine a conversation with her would not only fill the hours with amazing stories but also soul-touching encouragement.

What advice would you give someone who aspired to be a writer?
Find your armor and wear it like a second skin. Find a purpose for writing which you can cling to when the demons of doubt rest upon your shoulder because they will and they wear as many skins as a mood ring has colors.
Mine is my family. Every time one of those demons finds me I remember my “why” and battle forth, pushing against the tide looking to drown me. If you can build yourself around your why, grasp it like armor to your heart, there is nothing in life you can’t do.


Oh, and a new motorcycle but that doesn’t have the same crowd-rising sound as family.

Do you have some links for us to follow you?