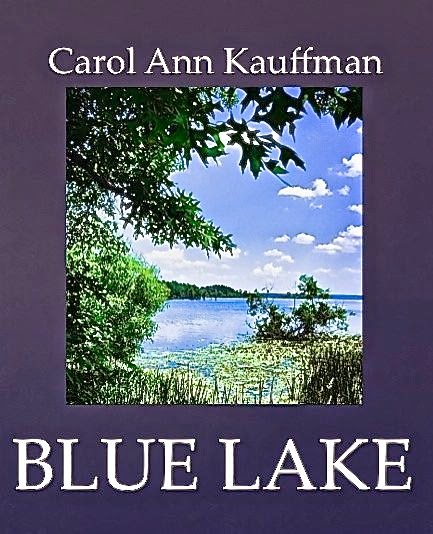 “I have to tell you something, in the spirit of full disclosure.”
“Well, I know you’re not married.”
“No, but I have been married twice.”
“That’s okay with me.  And I don’t think you’ve turned lesbian since Craig died.  But, if you have, give me a chance to turn you back.” he teased, winking at her.  “Tell me, Nicole, we’ll deal with it.”
“Richard, how old are you, honey?   Thirty?  Thirty-two?"
“I’m twenty-seven.  Would you like to see my International Driver’s License?  Isn’t it a little late to check if I’m over twenty-one?  Nicole, what’s this about?  Tell me.  We’ll deal with it.  Together.”
“Oh, God! Twenty-seven!”  Nicole knew she had to tell him.  Didn’t he have a clue?  Didn’t he guess?  Was he there when this happened?
“This what-ever-just-happened-between-us can go no further.”
“Why?”  Richard tried to read her face.  “Nicole, is there someone else?  You already have someone special in your life?”
Nicole thought this was a bad conversation to be having while driving down the mountain at night in the dark on unfamiliar, winding roads in a rental car without glasses.  Richard shook his head and groaned.  He mistook her silence for agreement.
“There IS someone else!  Well, I should have known.  You are… fabulous!  Some lucky man surely would have snapped you up.  Let me think, you aren’t married.  You aren’t engaged.  So…he really screwed up!  Call him up and tell him he now has competition.  I’ll fight for you, Nicole.  And I’ll do anything to make you mine.  His luck just ran out.  I’m young, I’m strong, and I am in love with you.  I loved you before you ever said one word to me.  I knew it when I saw you in the coffee shop.  I knew it when you looked up at me and smiled.  It was as if you said to me,  ‘Here I am, Richard.  You’ve finally found me’.  I won’t back down.  I won’t give up.  I want this, you, us.  Nicole, don’t you?”
“Wow, Richard, that was some speech.  We only met yesterday!”
“Too much, too soon?” he asked.  She nodded.  All of a sudden, he appeared so young and impetuous, so optimistic about love.
“Slow down?” he asked.  She nodded again.
“But that’s not it,” she said.
“Then please tell me,” still smiling, still hoping.  “You will be pleasantly surprised as to what I can handle.  You’re a criminal?  No problem, the studio has a plethora of attorneys on call. Or… or I’ll hire you a British lawyer.  They are outstanding.  You’re an alien?  I am a science fiction geek!  You’re on the run?  My family will hide you at our home in rural Ireland.  Nicole, please, just tell me.  And together, we’ll deal with it, whatever it is.”
The rest of the ride back to her hotel was silent.  Nicole never took her eyes off the road.  The dark isolated roads seemed endless. Finally, the motel neon blue wagon wheel came into sight.
When they got out of the car, Nicole was shivering.  Richard took off his jacket and gently wrapped her in it.
“Come in.  We need to talk.”  She led the way.
She brought out a bottle of wine and two glasses, opened, and poured.  This must be how Americans prelude bad news, Richard thought.  She handed him a glass.
“Drink.” He half-wished it were poison.  He suddenly didn’t want to hear why this-whatever-just-happened was doomed when he wanted it so much. She drank hers and straightened up, clearing her throat and smoothing her skirt.
“I am..."
By Vision and Verse at Monday, June 09, 2014