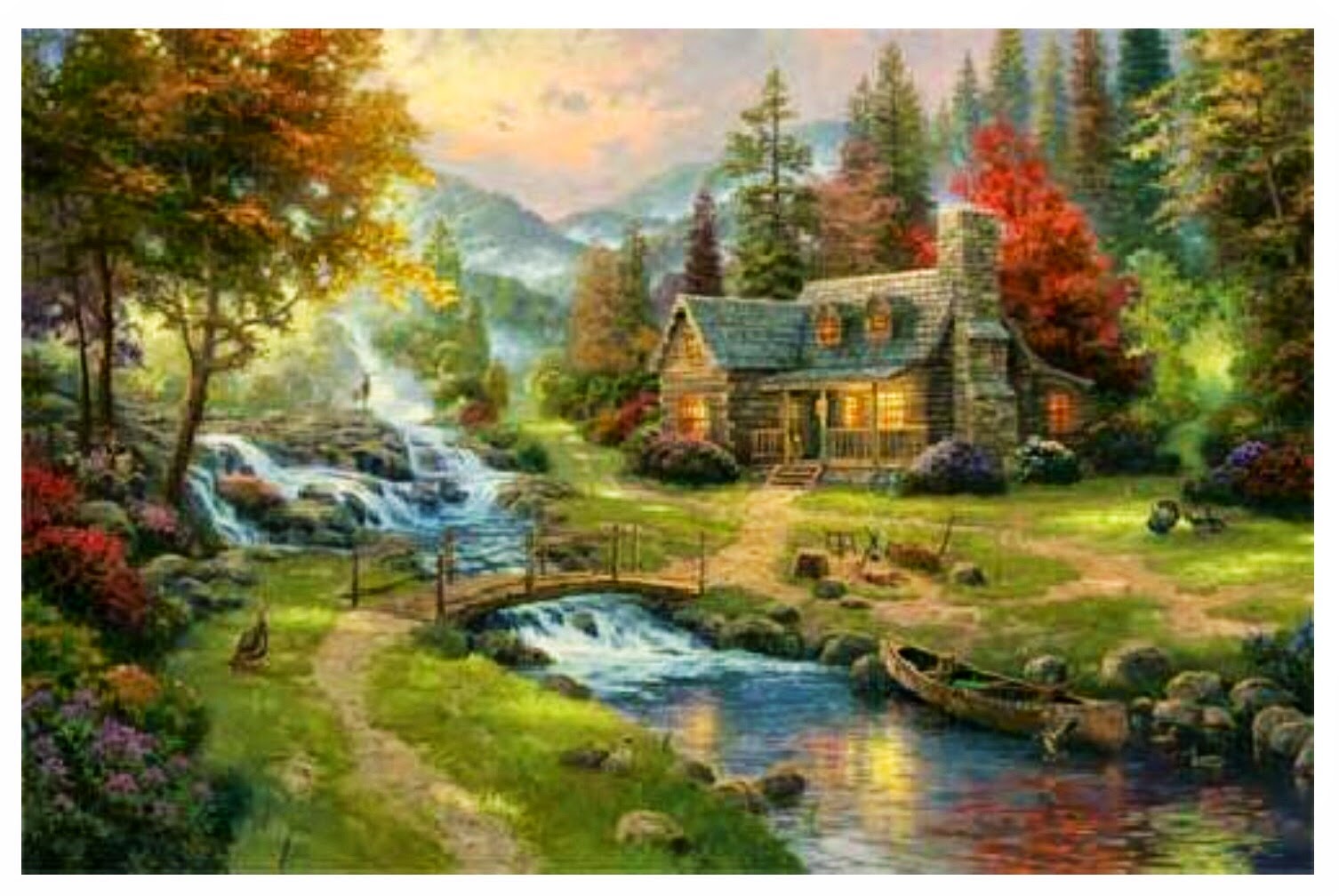 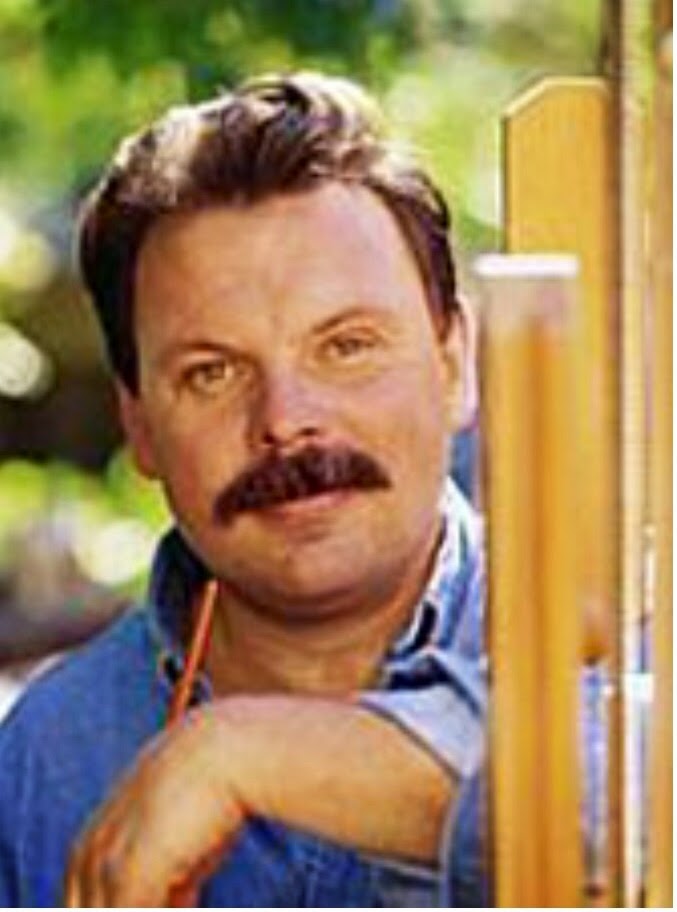 America's most commercially successful artist, Thomas Kinkade was born on January 19, 1958 in Sacramento, California, and grew up in the small town of Placerville. He married Nanette Wiley in 1982 and had four daughters. He died on April 6, 2012 at the age of 54 in Monte Sereno, California. 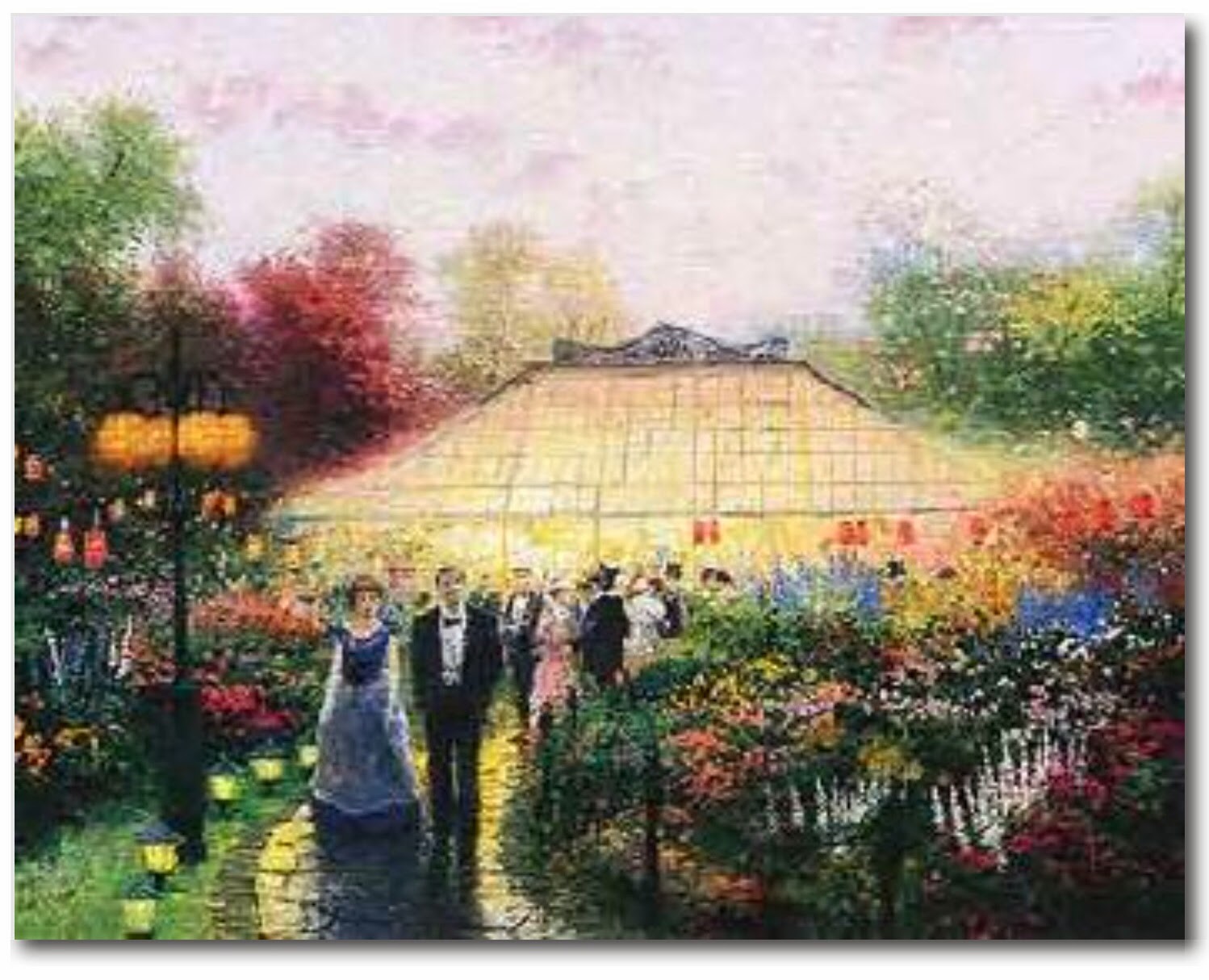 Called the Painter of Light, Thomas Kinkade's paintings glowed with brilliant highlights and saturated pastels, and were a huge  commercial success but his work was dismissed by critics and the fine-art world as "mall art" or "chocolate box art", saying they were kitschy and without substance. 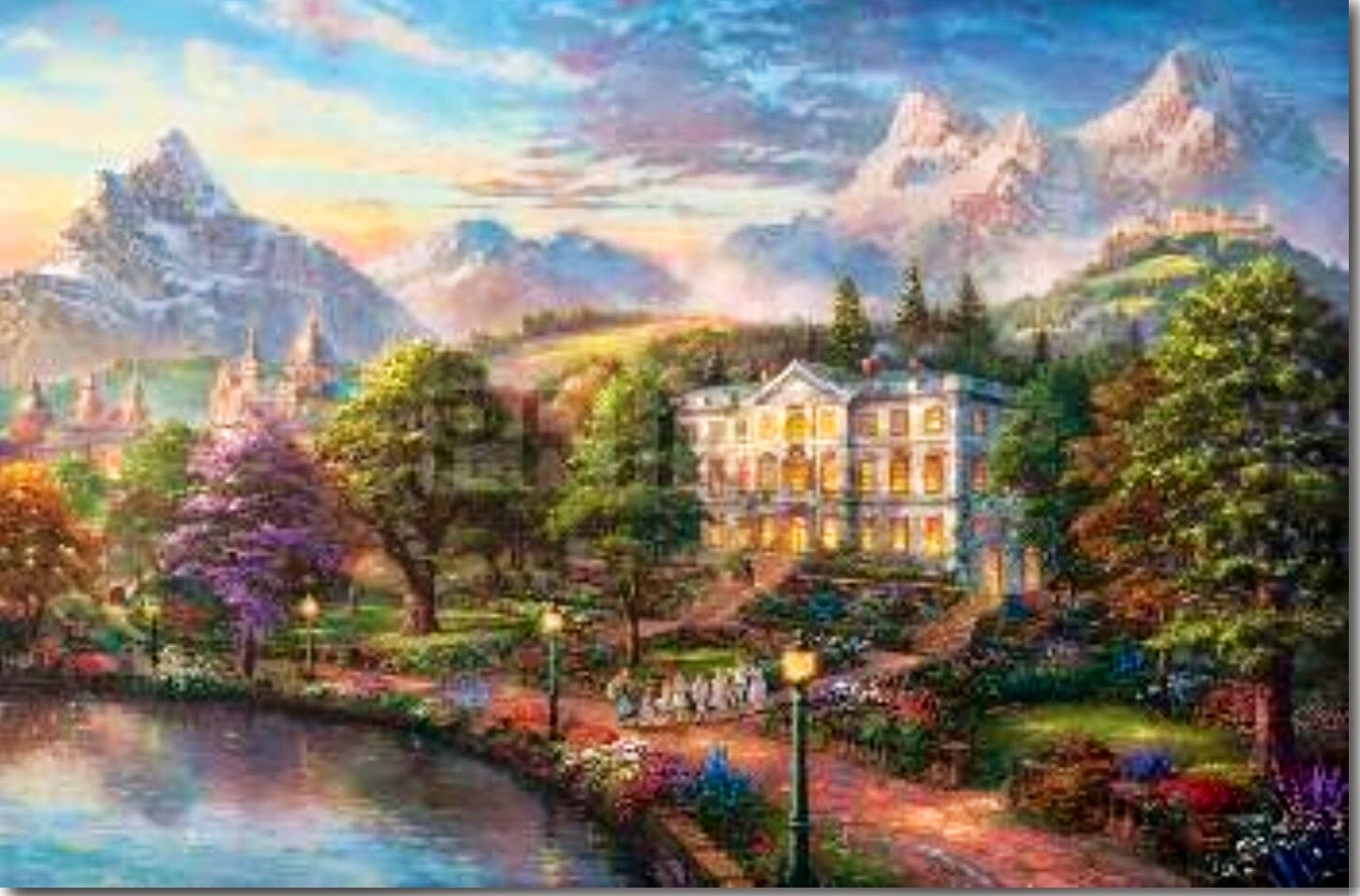 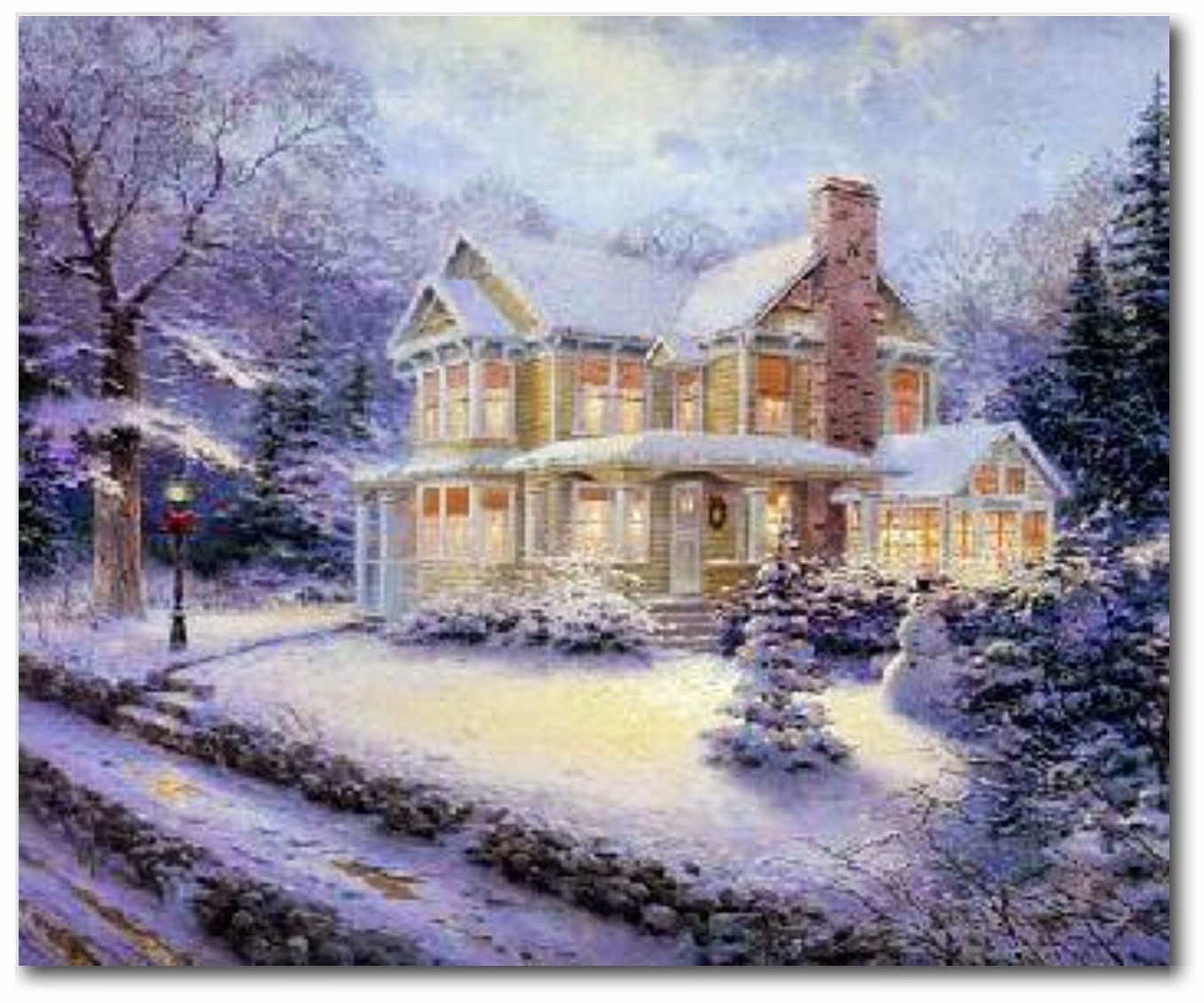 However, he was embraced by the general public, who loved his American scene paintings with beautiful idyllic gardens, cottages, lighthouses, and rambling streams.

One out of every twenty American homes has at least one Kinkade print, primarily because of the success of his personal appearances on the QVC home shopping network.

Seeing him with his artwork, explaining scenes, and pointing out interesting details in his beautifully composed renderings was very impressive. He also had a complete line of journals, calendars, puzzles, and greeting cards, thanks to Hallmark!
By Carol Ann Kauffman's Vision and Verse at Thursday, November 02, 2017