A Sneak Peek at Eric Deblackmere's HAMMER OF THE GODS 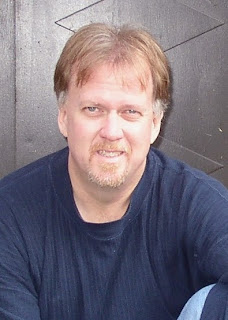 Fantasy Author Eric DeBlackmere has been one of Vision and Verse's most popular authors.  He has been kind enough to share with us a sneak peek of his new work to whet our appetites.  Here is an excerpt from HAMMER OF THE GODS:

The woman stood in what had once been the doorway of a simple hermit’s hut. That was before it had been reduced to a pile of smoldering ash and debris. Her neck muscles clenched tightly as she tried to hold back her anger. She lifted a heavily booted foot and prodded the debris in front of her. Soot, ash, and a few faint sparks puffed upwards from the ruins. She drew her sword and flipped over what had once been part of the roof. The gleaming blade of her longsword stood out in stark contrast to the blacks and greys of the ruined hut all about her. She continued prodding with her weapon as she slowly moved across what had once been the modest living space of the old hermit. She barely paid any attention to the sound of someone walking up behind her.
“Captain Elentari!” It was Brother Caedmon, her sergeant and nominal second-in-command. She continued her search, with blade and boot, as Brother Caedmon waited for his captain’s word to report. She tapped an area off to her right with the point of her sword and then gently kicked the area with her foot. She crouched down quickly to get a better look. Her back was still turned to the waiting sergeant. “What have you found, Caedmon?” she asked, now reaching out with a mailed and gloved hand to grasp something in the ashes. She glanced quickly over her right shoulder to the man behind her. The afternoon sun glinted on the burnished armor of his breastplate. He snapped a quick salute, eyes locked on some point above and beyond his captain’s position.
By Vision and Verse at Friday, July 12, 2013