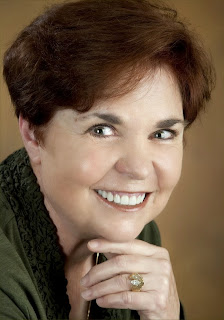 Good morning, Jan, and welcome to Vision and Verse,  We're happy to have you here with us this morning.  What have you written:
I’ve had 35 books published over a career that started in 1976 with the sale of my first book, a Gothic suspense called HAWKSHEAD, published  in hardcover by Doubleday and Co. Two more Gothics followed (PEREGRINE HOUSE and GYRFALCON HALL); these were followed by two best-selling historical romances BITTERSWEET and CYNARA. Then came a lead book for Signet, the family saga HIGH DOMINION.
Harlequin/Silhouette called and asked me to write for them, so I wrote 16 Superromances for them, a trilogy called THE DUNLEAVY LEGACY, and two additional romances for a Harlequin Special Project (WEDDINGS BY DEWILDE) called THE RELUCTANT BRIDE, and ROMANCING THE STONES.
A move to Fawcett produced the mainstream contemporaries, LOVING TIES, RUNNING IN PLACE, DIVIDED LOYALTIES, the best-selling ABOVE REPROACH, the award winning TOUCHED BY FIRE, and the best-selling SIREN SONG.  My most recent release is the ebook SWEETER THAN WINE (and an ebook reissue of  TOUCHED BY FIRE) from Musa Publishing.

What is your favorite genre to write?
I’ve enjoyed writing both historical and contemporary books. They each have their positive aspects. Historicals are slower paced, the language is more formal (without slang), and I love the 1800’s (as long as I don’t have to wear corsets and petticoats). Contemporaries are faster-paced, the language is sharper (the use of contractions, for example), and daily living is easier (cell phones, TV, cars, planes etc.).  Contemporaries are more familiar, but the research for historicals is fascinating.

Favorite food?
If a milkshake is a food, I’d have to say chocolate.

Where would you like to visit?
I’d like to go to England (it would definitely help when writing historicals), and if the travel to get there wasn’t so onerous, I’d love to go to Kenya on a photographing safari.

Favorite musical artist?
I’ve had so many over the years: the Kingston Trio (I’m really dating myself here) and  Fleetwood Mack for groups;  Barbra Streisand, Adele, and Lady Gaga for singles.
I don’t listen to music when I write because it distracts me—even instrumentals, because I find myself humming (or singing) along and not getting any work done.

What makes you laugh?
I’d say “who.” That would be my sister (who has the same distorted sense of humor as I do), and my husband Ray, who is probably the funniest person I know.

How old were you when you started writing?
I penned (or penciled) my first story when I was about five. It was one page, about a fox and a rabbit, but I didn’t really start to write until after I was married and took a creative writing course. I sold my first book before I was 30 and just kept going.

Where do you get your inspiration?
Inspiration is everywhere. My husband says I could make a story out of seeing a garbage can on the side of a road.  But I also read a lot and many things catch my fancy. The problem is figuring out which one to write about.

What do you do when you get a writer’s block?
I don’t believe in writer’s block. I think very often it can be an excuse not to write.  Now, before I start hearing screams of protest, let me just say that writing can be hard work. Sometimes even doing laundry or cleaning the oven is preferable to sitting down and trying to fill that blank computer screen. But I approach writing as my job, so I do it every day whether I feel like it or not.

Who is your favorite author?
Oh, wow—I have a few. Tess Gerritsen, Dick Francis, Preston and Child, Nicholas Evans,  Jodi Picoult—and an author I just found: Sasscer Hill (isn’t that a great name?).

Best book you ever read?
I’d have to say GONE WITH THE WIND. It has everything: great writing, a fascinating setting, history, and two characters who drive the plot: Scarlett O’Hara, of course, who grows from being a spoiled, petulant vixen to a woman of steel; and Rhett Butler. The name says it all!

Who is the one person who has influenced your personal life the most and why?
I’d have to say, hands down, it’s my husband, Ray. He’s always believed in me (when sometimes I didn’t believe in myself); he’s always been supportive of everything I do (except when I go to walk the sometimes-fractious big dogs at the dog shelter where I volunteer); he encourages me to try new things; and as I mentioned above, he’s the funniest man I know.

If you could sit down and have a conversation with one person, living or dead, real or fictional, who would it be and why?
I’ve given a lot of thought to this question, and I have to say that it would be my maternal grandmother. She was born in the late 1800’s, and for her time was a very independent woman. Her mother was the first white woman in Butte, Montana, and at one point she worked on a ranch, feeding 30 ranch hands three times a day using a wood-burning stove, while keeping track of two kids and helping my grandfather (who was the ranch foreman) with the livestock. I wish I’d had sense enough to tape her stories while she was alive; if I was given another chance, I’d make sure to do it now.

What advice would you give to someone who aspired to be a writer?
I used to say that the best way to write a book is to pick up a pen (nowadays it’s a computer keyboard), start writing, and don’t quit until you reach the end. But I’ve realized that isn’t very helpful.  So now I’d say that there isn’t a thing on earth that hasn’t been written about in some form; the trick is to write it a different way—to write it your way.  So many aspiring writers have said to me that they planned to submit something even though they knew it wasn’t quite finished. I’ve known many editors over the years, and I can tell you that’s the best way to have your submission tossed in the “round” file (the wastebasket). Make sure that your book, or story, or novella, or whatever it is, is polished until it shines. Don’t send anything out until you believe it’s the best it can be.

Links, etc.
You can find my newest release, SWEETER THAN WINE, and a reissue of the award-winning TOUCHED BY FIRE, at Musa Publishing; also at Amazon, Barnes and Noble, Smashwords, Overdrive and—I recently heard—at iTunes. Some of the links are:

Thank you so much for giving me this opportunity to reach out to your readers.
Thank YOU, Jan, for being with us this morning and sharing your terrific insights with us.  We at Vision and Verse wish you the best of luck in all your endeavors.
By Vision and Verse at Wednesday, November 06, 2013