An Interview with Author Mary Grehan 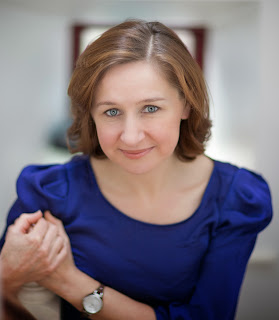 
Welcome to Vision and Verse, the Place for Art and Authors.  We are so happy to have you with us from Ireland this morning.  Tell us, Mary, what have you written?
My debut novel is called ‘Love is the Easy Bit’ and was published by Penguin in April 2013. I am working on my second novel which is set in Kyoto, Japan where I used to live.

What is your favorite genre to write?
I am not conscious of any particular genre when I write. I aim to write beautiful and engaging prose.

Favorite food.
Sometimes I think that if I were stranded on a desert island, I could live on a staple diet of oat cakes, hummus, apples and fresh figs. The oatcakes and apples I put down to the fact that I am a horse in Chinese year terms! 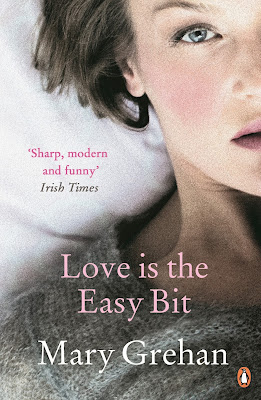 I’ve been to lots of places – Japan, Vietnam, Korea, Australia, NZ, South America etc and my work has brought me around Europe – but there are lots more on the list – St Petersburg, Switzerland, India and recently Alaska has found its way onto that list! I have a fantasy of writing in a log cabin surrounded by clear, blue skies, snow capped peaks and crystal clear rivers.

Do you listen to music when you write?
No, I couldn’t. I need library conditions. Even the sound of the rain is too distracting!

What makes you laugh?
The quick-witted banter on the streets of Dublin where I come from. Do you remember that scene from Roddy Doyle’s ‘The Commitments’ where there’s a horse in the lift (elevator) of a block of flats? The lead character Jimmy says ‘what’s a horse doing in the lift’ and the little boy who owns him says ‘’cause he doesn’t like the stairs!’ To be delivered in nasal working class Dublin tones for best effect.

How old were you when you started writing?
9 and then again at 37 and I began in earnest at the age of 41.

Where do you get your inspiration?
Even at this early stage in my writing life, I am becoming aware of certain themes that are propelling me forward – alienation, isolation, a loss of self – and writing is a way of excavating these. I am deeply influenced by place and have researched and absorbed the locations (Co Waterford, Kyoto) of my books to the point that I almost got down and licked the pavement in order to be able to write about them. (Okay, I exaggerate!). I am fascinated by the dynamics of people’s interaction, how they contradict themselves and each other, how they avoid conflict and so on, and so day to day life is endlessly inspiring.

What do you do when you get a writer's block?
I haven’t…yet. I did get artist’s block once when I was studying ceramics in art college in the 80s. Nothing I tried to make at that time worked and I was beginning to despair. If I did get writer’s block, I hope I would continue to put one word, any word, in front of another and write my way back to something worthwhile…

Who is your favorite author?
Just one? I think that would have to be Kazuo Ishiguro. I also love Alice Munro, Lorrie Moore and the early books of Haruki Murakami.

Best book you ever read.
I love ‘A Pale View of the Hills’, Kazuo Ishiguro’s first novel. I am intrigued by why the lead character, Japanese woman Estsuko, who has recently lost her daughter to suicide, chooses to bring readers back to a seemingly unconnected chapter in her life during post-war Japan. Estsuko, who is now living in England, recalls a friendship with neglectful mother Sachiko that is so ethereal in quality, it could be imagined. The book is open to a number of interpretations that leave readers debating and me in awe of an author who can sustain this ambiguity until the end.  I never tire of re-reading it.

Who is the one person who has influenced your personal life the most and why?
My mother and my father.
My father because when I was 9 he handed me a notebook and said ‘I want you to write a book called “as I see it”.’ I had a go but didn’t keep it up. I still remember his wisdom, shared through softly-spoken words, and try to live by it.
My mother was a force of nature. She loved to chat, dance and have fun. I get my energy from her.

If you could sit down and have a conversation with ONE person, living or dead, real or fictional, who would it be and why?
I would like to meet my father’s mother who passed away in 1936 when he was just eight years old.  I have heard enough about her to convince me that she has been an influence on my life.

What advice would you give someone who aspired to be a writer?
Begin. Don’t beat yourself up if the first draft is dreadful. It will be. They always are. Don’t throw it out the window even though you want to. It’s like learning to walk. Your first steps will be unsteady, but if you keep going, they will get stronger over time, and it will take time, and work. The story will evolve as you rewrite it, as will the characters. Open up all your senses and absorb details from the world around you. Record these in a notebook. Pop these into your story as appropriate (but don’t force them in). Listen to your characters, to what they are telling you. Know what it is they want. Don’t force your grand plans onto them. Read. Read work by those writers who are better than you, writers you aspire to be as good as. Watch how they roll out the story, how they get from point A to B. As you write, you will discover that things that good writers do seemingly effortlessly are not in fact that effortless, such as getting from A to B in the story. Invent your own original ways of doing this. Writing really is a creative act. Be ambitious for your creativity. Make sure the first and last sentence of each chapter sings. Workshop your writing or show it to people whose opinion you respect and who will be honest in their feedback. Remember, what is obvious to you in the story may not be to other people. Finally, don’t send out your work to be considered for publication until it is as sparkling as you can make it.

I manage an arts and health programme in Waterford Regional Hospital and therefore the following links are also relevant to me:
www.artsandhealth.ie
www.waterfordhealingarts.com
By Vision and Verse at Friday, November 08, 2013