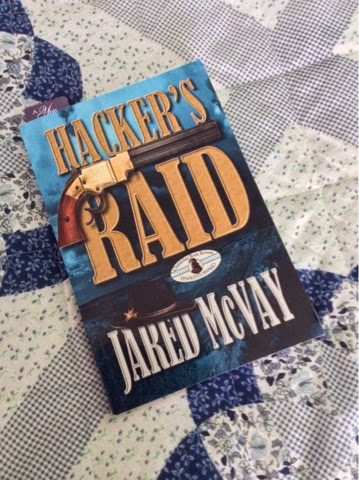 After a seven year exile, Justin Hacker returns to his hometown of Nogales, Arizona to try to break his younger brother out of a Mexican prison where he awaits the hangman’s noose for crimes he didn’t commit. But first, Justin must overcome certain obstacles - such as a town bully, a Mexican bandito and his gang, an Indian attack, a father who has vowed to shoot him on site should he ever return, and match wits with a maniacal prison warden who hates gringos. And if that isn’t enough, after several twists of fate, Justin leads the whole town back across the border in an attempt to rescue both, his father and uncle from the dreaded Mexican prison where they now await the hangman’s noose.
HACKER’S RAID is a fast moving page turner with non-stop action that keeps you asking, “What’s going to happen next.”