The Art of Hans Zatzka 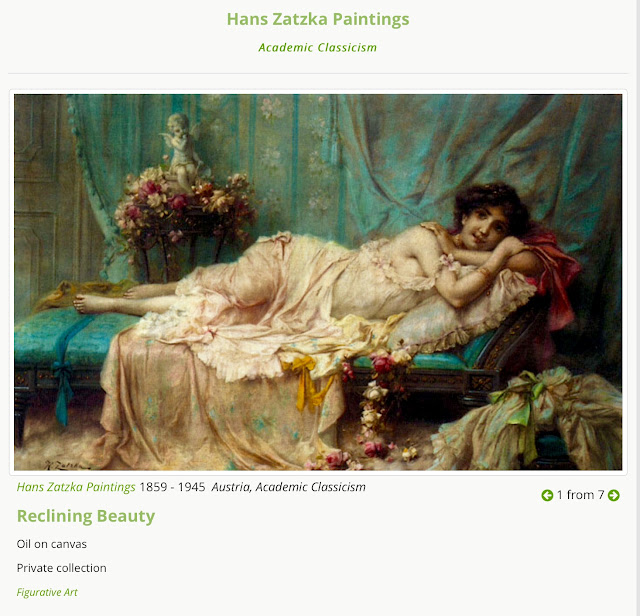 Hans Zatzka was an Austrian fantasy painter.  He was born on March 8, 1859 in Vienna, Austria.  His father was a construction worker and his mother was the actress Hilde Socher.  He showed artist talent at a young age. He attended  the Academie des Beaux Arts under many famous painters of his time. 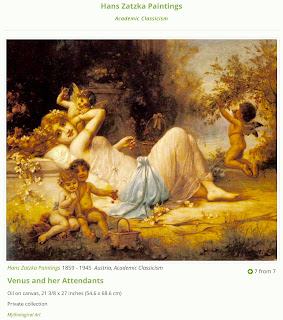 Hans worked as a fresco painter in
churches and other institutions until
1885, when he was commissioned
to create the ceiling fresco The Naiad of Baden at Kurhaus Baden.


Many of his pieces were religious
paintings or altar pieces dedicated
to Austrian churches.

At that time, there were heavy penalties for breaking contracts imposed on artists, limiting the amount of work they could sell, and their profit. So... Han created works under many different names, among them P. Ronsard, 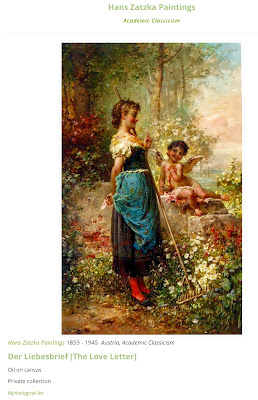 Pierre de Ronsard, H. Zabateri, Joseph Bernard, and Bernard Zatzka. He may have thought this was a shrewd move at the time, but later some people didn't believe those paintings were actual his work.

In the late 19th century, some of Hans Zatzka's work was photographed and made into posters and postcards to be sold commercially. 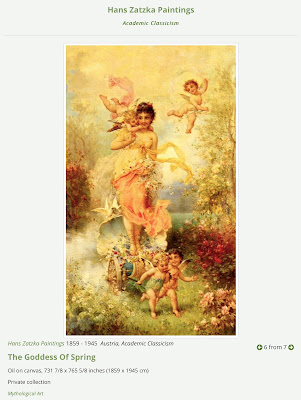 In the 1920s, Zatzka's style became all the rage throughout
the European continent. Their was a big resurgence in Hans Zatzka's work and style.


All information is from Wikipedia and other online sources. Links to learn more about Han Zatzka are:

By Carol Ann Kauffman's Vision and Verse at Wednesday, July 20, 2016