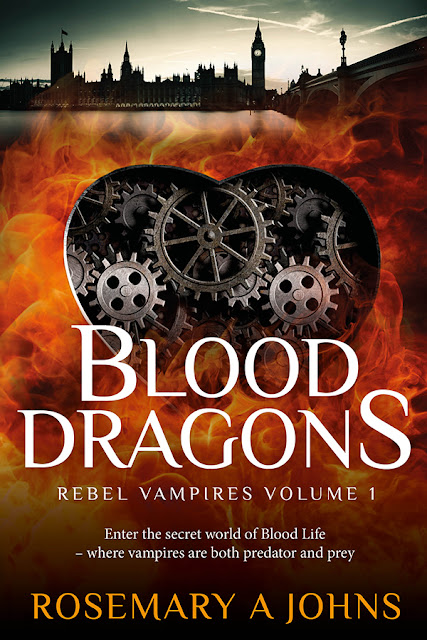 A hidden paranormal London lies beneath our own. Escape into the supernatural world of the Blood Lifers – where vampires are both predator and prey.

1960s London. Light is a rebel Rocker Blood Lifer with a photographic memory. And a Triton motorbike. Since Victorian times he’s hidden in the shadows. Both predator and prey. His venom is deadly. He feeds on blood. Human, of course. But when he discovers his ruthless family’s horrifying secret experiments, he questions whether he should be slaying or saving the humans he’s always feared.

Ruby is a sexy but savage Elizabethan Blood Lifer. She burns with a destructive love for Light. But he’s keeping something from her. Something that breaks every rule in Blood Life. When she discovers the truth, things take a terrifying turn.

Kathy is a seductive singer. But she’s also human. Light knows his passionate love for her is reckless but he’s enchanted. Yet such a romance is forbidden. When the two worlds collide, it could mean the end. For both species.

What dark revelations will Light reveal at the heart of the experiments? Will he be able to stop them in time? The consequences of failure are unimaginable. Unless Light plays the part of hero, he risks losing everything. Including the two women he loves.
A rebel, a red-haired devil and a Moon Girl battle to save the world – or tear it apart.

Get ready to dive into Blood Life...

ROSEMARY A JOHNS is a traditionally published author of short stories under the name R. A. Johns. Blood Dragons is Rosemary A Johns’ debut novel. 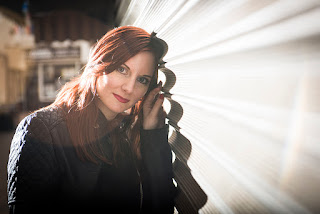 Rosemary A Johns wrote her first fantasy novel at the age of ten, when she discovered the weird worlds inside her head were more exciting than double swimming. Since then she’s studied history at Oxford University, run a theatre company (her critically acclaimed plays have been described as "uncomfortable, unsettling and uneasily true to life"), and worked with disability charities.

When Rosemary’s not falling in love with the rebels fighting their way onto the page, she heads the Oxford writing group Dreaming Spires.

Rosemary A Johns is a Goodreads Author and can be contacted at rosemary.johns1@btinternet.com

To sign up to Rosemary A Johns’ VIP Email Newsletter with news of hot releases, promotions and the free short story “All the Tin Soldiers”, click here: http://eepurl.com/bQ0kMX

By Carol Ann Kauffman's Vision and Verse at Sunday, August 14, 2016