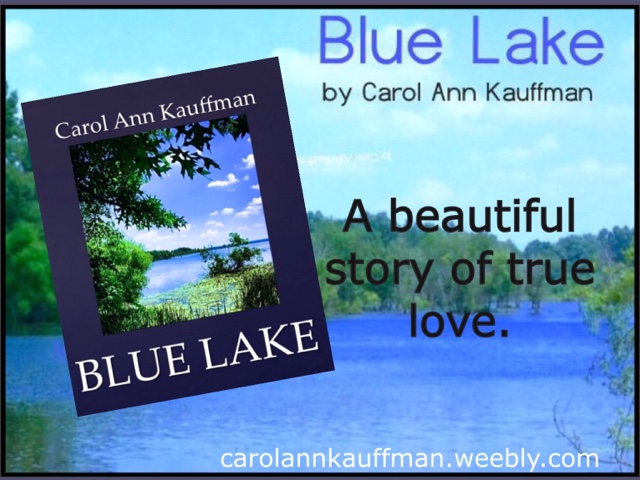 The first book in the Time After Time series, Blue Lake, is free today.

When widowed Nicole decided to step back into life in beautiful Albuquerque, New Mexico with Richard, a young handsome British actor who professed his undying love and devotion to her on a daily basis, she mistook his boundless enthusiasm for her as little more than youthful impetuousness. She had no idea where their relationship would take her physically or emotionally. She would find herself in many dazzling international locations, putting her own life on hold, simply to be with him. She had no concept how strong her commitment to him would grow and to what extent she would go to protect him and ensure his safety and wellbeing. And she certainly had no idea the depth of his devotion to her, an unlikely but undeniable love that would span continents and a decade of their lives, entwining them closer and closer, while his career, their families, and other relationships pulled them farther and farther apart. BLUE LAKE is a story of the power of love.
The series, TIME AFTER TIME, follows a pair of quintessential lovers, Richard and Nicole, through their lives together, in different places, in different times, with different names and faces and sometimes even on other planets. This follows the alternative theory that the relationships we forge in this lifetime, both the good and the bad, are continued into the future, and are rooted deeply in our past. Whatever we do, whomever we love, and the good and evil deeds we do today follow us into the future. Unsettled issues will present themselves again and again, until they are ultimately resolved. Those people who have had a profound effect on us in this lifetime will find us again in the future. And although everything changes, love remains.
Books in the TIME AFTER TIME series are: BLUE LAKE, BELTERRA,
The BASLICATO, BENTLEY SQUARE, WAITING FOR RICHARD, and LORD OF BLAKELEY. They do not need to be read in order.