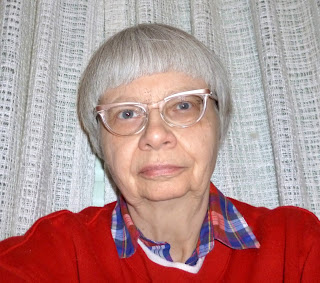 Good morning, Lorinda, and welcome to Vision and Verse, the place for Art and Authors. We just returned from a lovely trip to Colorado Springs, CO. It's a beautiful place. How can one be in a bad mood with those gorgeous mountains and all that sunshine? Huh? So. What have you written?
I’ve published 15 books:
The Termite Queen (a novel in two volumes) 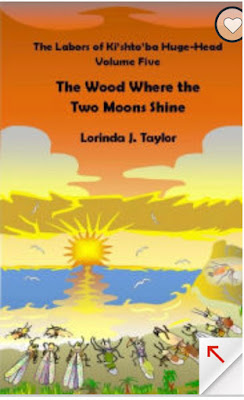 The Labors of Ki’shto’ba Huge-Head: A Series
Volume One: The War of the Stolen Mother
Volume Two: The Storm-Wing
Volume Three: The Valley of Thorns
Volume Four: Beneath the Mountain of Heavy Fear
Volume Five: The Wood Where the Two Moons Shine
Volume Six: The Revenge of the Dead Enemy
Volume Seven (Sequel):  The Buried Ship at the End of the World
The Man Who Found Birds among the Stars; a Biographical Fiction
Part One: Eagle Ascendant
Part Two: Wounded Eagle
Part Three: Bird of Prey
Part Four: Survivor
Monster Is in the Eye of the Beholder (novella)
Fathers and Demons: Glimpses of the Future
Children of the Music

What is your favorite genre to write?
I write for the adult mind – science fiction, fantasy, speculative fiction.  Most of my books are also future history, set in the 28th or 30th century. Children of the Music is a lyrical take on constructed world fantasy.  Monster Is in the Eye of the Beholder is definitely science fiction coupled with a strong shock effect. 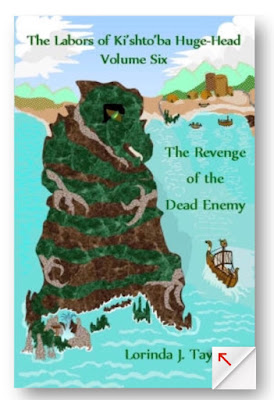 Favorite food.
At this point I’m kind of on a salad kick.

Tea or coffee?
I have one cup of regular coffee in the morning (instant coffee) and one cup of decaf with my dessert in the evening, except in the summer when I have ice cream in the evening and no coffee.  I like tea with certain foods, but I’m not a regular tea drinker.

Pizza or ice cream?
While I was on chemo a few years back, pizza tasted atrocious to me and I’ve never gotten back to liking it.  But I do like ice cream, usually vanilla with Hershey’s chocolate syrup. 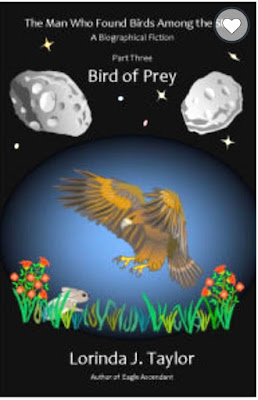 There are a lot of places I would like to see in the world, especially in the British Islands, but since I’m getting old and I hate to travel anyway, my journeys will remain vicarious.

What makes you laugh?
Puns, unfortunately – the more atrocious the better.  I’m a fan of Pearls before Swine.  Also, some of my own writing makes me laugh.  My books include a lot of humor.

Favorite work of art or sculpture.
I suppose I would have to say, the art of ancient Greece.

How old were you when you started writing?
I wrote some as a teenager, but I didn’t start to write seriously until I was 29 years old and discovered Tolkien. 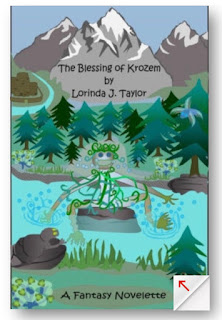 Do you plan out your book with outlines and notecards? Or just write?
I always make notes in a Word document separate from the text, but usually I have an idea and I just begin to write.  No real outline.  When I was in the thick of composing all these books, between the years 2000 and 2010, I kept a little hand-held tape recorder by the bed so I wouldn’t forget my “brilliant” ideas.

Describe your perfect evening.
These days I don’t feel like doing anything in the evening, so I usually watch TV and go to bed early.

Where do you get your inspiration?
It started with Lord of the Rings and snowballed from there.  The termite books were the result of watching the documentary “Mysterious Castles of Clay” in the 1970s. I was struck by how an extraterrestrial intelligent lifeform might be able to evolve from termites while preserving many of the cultural characteristics of social insects. I kept the germ of that idea in my mind all the way to the early 2000s.

What do you do when you get a writer's block?
I don’t normally get writer’s block.  I never try to force it and I work on a schedule, usually writing in the mornings and revising in the afternoons. 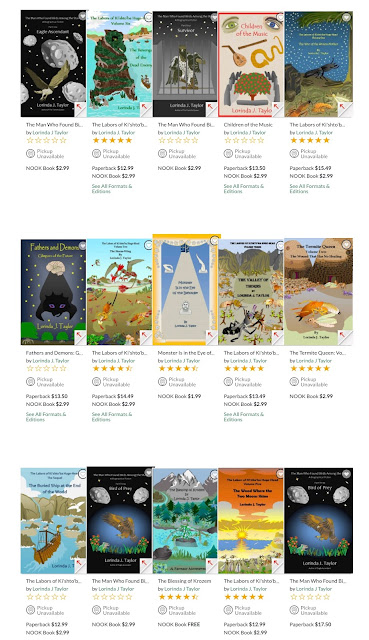 Best book you ever read.
One of my favorites is The Island of the Mighty, by Evangeline Walton.  I love the way she takes a myth and makes it feel real.  I think that influenced my writing quite a bit, particularly in the Ki’shto’ba series.

Last book you read.
Ghosts of the Sea Moon, by A.K. Stewart.

What would you do for a living if you weren’t a writer?
I don’t make a living as a writer.  Very few people do.  I’m a retired professional librarian.

Who is the one person who has influenced your personal life the most and why?
My mother, for obvious reasons.  Also, she was a Romance language major and taught Spanish and English in high school.  I learned grammar from her, as well as a love of languages.

What advice would you give someone who aspired to be a writer?
First, you ought to get a solid, liberal education with a lot of emphasis on literature and languages.  That sort of background doesn’t hurt anybody in any field.  You need to learn your grammar and take an interest in it.  Then when you try to write you aren’t having to think all the time about structure and techniques, and you may not have to rely so much on editors who may not know any more than you do.  Then you need to try your hand at writing something.  It’s important that you really enjoy writing – that you write for yourself first and foremost.  If it’s more a chore than a pleasure, I don’t recommend continuing. 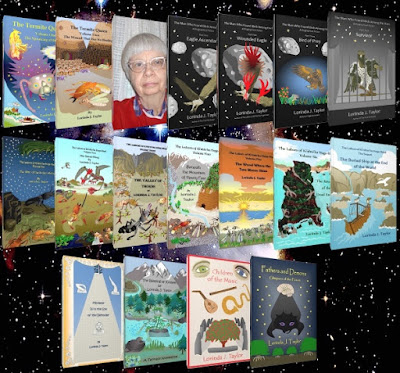 Bio:
A former catalogue librarian with two graduate degrees, Lorinda J. Taylor was born in Colorado Springs, Colorado, and worked in several different academic libraries before returning to the place of her birth, where she now lives. She has written fantasy and science fiction for years but began to self-publish only in 2011. Her writings combine many aspects of science fiction, fantasy, literary fiction, future history, off-world adventure, psychological fiction, and even a love story. She always strives to engage readers emotionally and give them something to think about at the end of each book.

Where to get more information on Lorinda J. Taylor?
I have two (largely inactive) blogs which do have lots of good information in them:
https://termitewriter.blogspot.com (Ruminations of a Remembrancer) Deals with general topics and reviews, focusing on The Termite Queen and The Man Who Found Birds among the Stars.
https://termitespeaker.blogspot.com (The Labors of Ki’shto’ba Huge-Head) Deals with the Ki’shto’ba series and with mythology.

By Carol Ann Kauffman's Vision and Verse at Wednesday, June 27, 2018