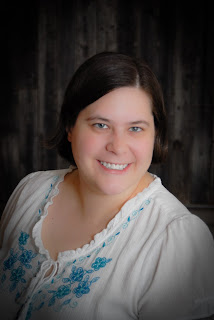 Welcome to Vision and Verse this morning, C.A, Szarek. What have you written?
Tons of books! J  I have two out, a fantasy romance Sword’s Call (King’s Riders Book One) and a romantic suspense, Collision Force (Crossing Forces Book One) both are in a series. Love’s Call (King’s Riders Book Two) will be out in the fall, just a little while longer! Chance Collision (Crossing Forces Book Two) releases Jan 31, 2014. I also have a Christmas short associated with my Crossing Forces world coming out as a FREE download in November. So excited!

Okay, we're going to focus on your romantic suspense, "Collison Force" today.  What is your favorite genre to write?
I could never pick just one! I love Romantic Suspense and Fantasy equally, and I also write Paranormal and the occasional YA.

Where would you like to visit?
Japan and Scotland.

Favorite musical artist.  Do you listen to music when you write?  What?
Linkin Park. Yes, always. I love alternative and rock. Lately, I have been really
into Mumford and Sons, the Lumineers, Imagine Dragons and AWOL Nation.
And I adore Maroon 5. I usually listen to my fave station or CDs.

What makes you laugh?
Romantic Comedies, and my husband!

How old were you when you started writing?
Seven or eight. I started off with poetry and had a few poems published in the newspaper, I moved to short stories and my first novel (never finished it) when I was in my early teens.

What do you do when you get a writer's block?
Usually go to another project. If I read something else I can usually get unstuck on the one I’m *supposed* to be working on.

Who is your favorite author?
Too many to name. I love J.R. Ward and Anne McCaffrey equally. But there are so many books and so many AWESOME authors out there, I know many of them personally. Monica McCarty, Pamela Palmer are a few of my other faves.

What advice would you give someone who aspired to be a writer?
Never give up. Ever. If you want this, go for it. Writing is hard. It often takes a third, fourth, fifth try. Rejection happens. Move on. Like I said, if you want this, you will make it happen. 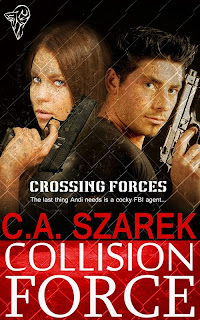 Blurb:  Book one in the Crossing Forces series

Bad boy FBI agent and feisty widowed police detective collide pursuing a human trafficker in small town Texas on their way to true love.
Bad boy, married to his job FBI agent Cole Lucas always gets his man. So when the unthinkable happens and one gets away, Cole grits his teeth and hunts human trafficker Carlo Maldonado all the way to Antioch, Texas, where he collides with Detective Andi MacLaren.
Cole doesn’t do small towns and doesn’t get involved with women he works with, but Andi tempts him in ways he doesn’t want to acknowledge.
Two murders, her partner shot and leading the investigation on her own, the last thing Andi needs is a cocky FBI agent who sees her as no more than a tagalong.
Widow and single mother Andi is used to being on her own. When Cole gets stuck without a place to stay, crashing on her couch puts them in dangerous territory.
Attraction and passion bring Andi to a place she’d left behind when her husband died. Her three-year-old son quickly wiggles his way into Cole’s heart, and he starts contemplating things—family, love—that he’d never planned for himself.
Can being forced to work together make them stronger or will their differences jeopardise their case and their hearts?

C.A. Szarek, would you come back on Wednesday, September 18 and tell us a little about your fantasy romance novel, "Sword's Call?"
Sure, I'd love to!