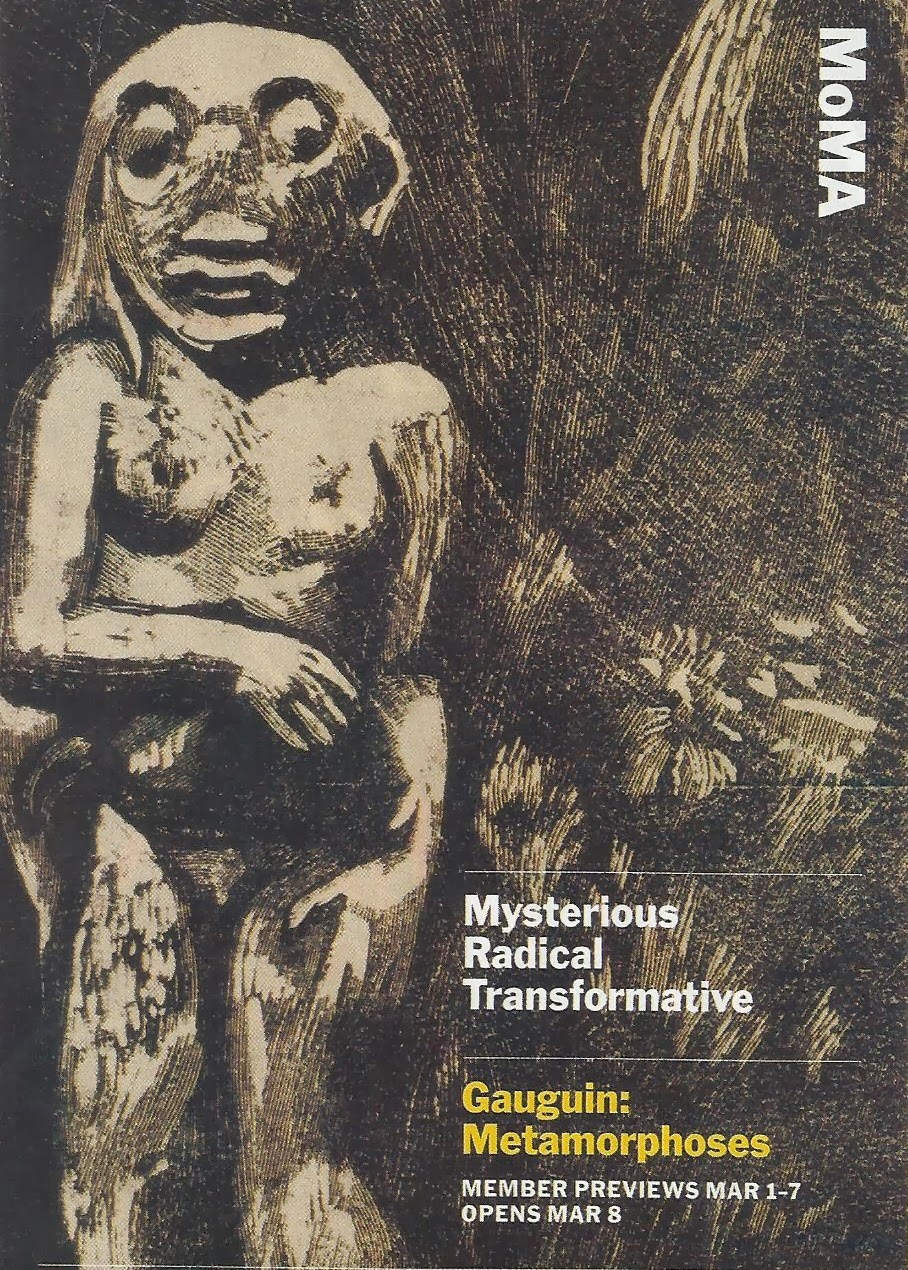 GAUGUIN:  METAMORPHOSES
March 8 - June 8, 2014
This exhibition focuses on Paul Gauguin’s rare and extraordinary prints and transfer drawings, and their relationship to his better-known paintings and his sculptures in wood and ceramic. Comprising approximately 150 works, including some 120 works on paper and a critical selection of some 30 related paintings and sculptures, it is the first exhibition to take an in-depth look at this overall body of work.
Created in several discreet bursts of activity from 1889 until his death in 1903, these remarkable works on paper reflect Gauguin’s experiments with a range of mediums, from radically "primitive" woodcuts that extend from the sculptural gouging of his carved wood reliefs, to jewel-like watercolor monotypes and large, mysterious transfer drawings. Gauguin’s creative process often involved repeating and recombining key motifs from one image to another, allowing them to evolve and metamorphose over time and across mediums. Printmaking, which by definition involves transferring and multiplying images, provided him with many new and fertile possibilities for transposing his imagery. Gauguin embraced the subtly textured surfaces, nuanced colors, and accidental markings that resulted from the unusual processes that he devised, for they projected a darkly mysterious and dreamlike vision of life in the South Pacific, where he spent most of the final 12 years of his life.
Though Gauguin is best known as a pioneer of modernist painting, this exhibition showcases a lesser-known but arguably even more innovative aspect of his practice.